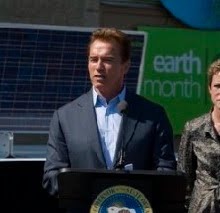 Proponents of a state ballot measure to suspend a California climate bill have submitted enough voter signatures to qualify it for November, saying they have nearly twice the number necessary to do so. One of the chief proponents, Assemblyman Dan Logue, said he believes the submission means the state is one step closer to restoring regulatory sanity. “It’s a great day,” said Logue, R-Linda, of the formal submission Monday of his measure, which would suspend the 2006 legislation, AB 32, until state unemployment drops to 5.5 percent for an extended period. “People will have a voice on this issue.” To qualify for the November ballot, as Logue believes it will, county election officials where the campaign submitted signatures will first have to verify the total number, then verify a sample as to whether they’re of actual registered state voters. A spokesman for a group opposing the measure said the submission of signatures only proves money buys access. “It’s the power of $2 million in big oil money to get onto the ballot,” said Steve Maviglio of Californians for Clean Energy and Jobs, referring to companies like Valero and Tesoro that have underwritten much of the initiative campaign. Californians for Clean Energy and Jobs announced Monday that George Shultz, secretary of state under President Ronald Reagan, would co-chair their campaign. “He’s a well-established superstar and he brings a lot of heft to the campaign,” Maviglio said, adding his presence suggests AB32 has far more widespread support among state residents of all political persuasions. “We’re convinced we’ll have a strong coalition of businesses, environmentalists and health care providers speaking on our behalf.” AB32 would reduce the state’s level of carbon emissions to 1990 levels by 2020, as a means to stem global warming. Gov. Arnold Schwarzenegger has described the bill as one of his legacy achievements while in office. The governor vowed Monday to oppose the initiative if it qualifies. “We will do everything we can in this state to raise money, bring stakeholders together,” the governor said. Schwarzenegger said the state will continue to lead the nation with its strong environmental policy. “California is 40 percent more energy efficient than the rest of the country,” he said. “Now greedy oil companies want to roll back that cut, they want us to depend on just oil.” Logue and many other conservatives, as well as both major GOP candidates for governor, have said the measure stifles the state’s economy and will make it harder, if not impossible, to recover from the current downturn. “We don’t want California to go alone while the rest of the country stands by,” Logue said, adding discussions over possible carbon emissions legislation in Washington, D.C. have suggested measures far less draconian than AB32. He said the group opposing his initiative is largely funded by “green jobs” companies, which are subsidized by taxpayers rather than private funding. “We want green jobs, blue jobs, gray jobs, all kinds of jobs,” Logue said. For the ballot initiative suspending AB 32 to qualify, it needs 433,971 verified voter signatures, or a projected number of 477,369 signatures under a method using sample counts of signatures. Logue said the campaign collected more than 800,000 signatures. According to the California Secretary of State’s press office, both the signature total and registered voter verification must be completed by June 24 to qualify the measure for November.Source