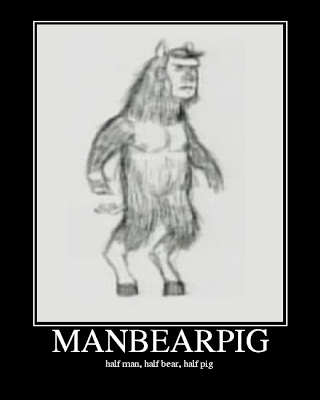 Ok. Let’s assume now that one of the above or yet another not ready for prime time eco-fear catches on, how would the environmental activists go about selling this eco-scare to the public?
For an answer, let’s review a few of the failed eco-alarms of the past 40 years.
The Global Cooling Scare of 1970’s offers vital clues about how the “search-and-replace” tactics are utilized by eco-fear promoters. See: 1974 CIA report on Global Cooling: ‘Embarrassing reading’: ‘All AGW scares are a search-and-replace job from ‘cooling’ to ‘warming’ – Dec. 3, 2009 & Climate Depot’s Factsheet on 1970s Coming ‘Ice Age’ Claims – Oct. 6, 2009
Ever wonder how Gore and the UN would hype a “tipping point” for various new eco-scares? Newsweek Magazine first used the climate “tipping point” argument in 1975 to urge action to prevent man-made global cooling. Newsweek wrote April 28, 1975 article: “The longer the planners delay, the more difficult will they find it to cope with climatic change once the results become grim reality.”
Yes, quite literally “a search-and-replace job from cooling to warming.” Also See: Not again! Another 10-year climate ‘tipping point’ warning issued — Despite fact that UN began 10-Year ‘Climate Tipping Point’ in 1989! Climate Depot Factsheet on Inconvenient History of Global Warming ‘Tipping Points’ — Earth ‘Serially Doomed’ – Nov. 15, 2009
Overpopulation Fears Overpopulation fears have jumped all over the place in recent years. See: Grist Mag. Going Down: Is too few people the new ‘population problem?’ – December 14, 2005 and Could Overpopulation Save The Earth From Global Warming? June 15, 2009. Overpopulation fears can be played any which way advocates would like. Even the guru of overpopulation fears eventually admitted his silliness. See: An Admission finally! ‘The Population Bomb’s’ Paul Ehrlich: ‘I wish I’d taken more math in high school and college. That would have been useful’ – ‘If he were writing ‘The Population Bomb’ now, he’d be more careful about predictions’ – Oct. 8, 2009 – Also see: Climate Depot’s Overpopulation factsheet – August 21, 2009
Amazon Rainforest Scare The allegedly disappearing rainforest scare was the environmental issue du jour in the 1980’s and 1990’s, long before climate fears took center stage. In fact, In 2000, Climate Depot’s Executive Editor Marc Morano was producer and correspondent for a documentary debunking the myths about the rainforests. Morano’s “Amazon Rainforest: Clear-Cutting the Myths” was greeted with massive controversy. But, just nine years later, the rainforest scare was kaput.

Sen. Debbie Stabenow (D-Mich.) — in true “Climate Astrology” fashion — dismissed the lack of global warming on March 4, 2009 by declaring: “Climate change is not just about temperatures going up. It’s also about volatility.”
Not to be outdone, Sen. Stabenow followed up her climate analysis with this claim about touchy-feely warming: “Global warming creates volatility and I feel it when I’m flying. The storms are more volatile,” Sen. Stabenow explained in August 11, 2009.
No wonder, climate fear promoters are now openly demanding exaggeration and wishing for death and destruction to convince the public of man-made climate fears. “You have to find ways to exaggerate the threat,” Nobel-Prize Winning Economist Thomas Schelling said in a July 14, 2009 interview with The Atlantic.
Lest there be any doubt that desperation time has set in for the promoters of man-made climate fears, Schelling removed it.

Schelling continued: “I sometimes wish that we could have, over the next five or ten years, a lot of horrid things happening — you know, like tornadoes in the Midwest and so forth — that would get people very concerned about climate change.”

2 thoughts on “As Global Warming Movement Collapses, Activists Already 'Test-Marketing' the Next Eco-Fear”