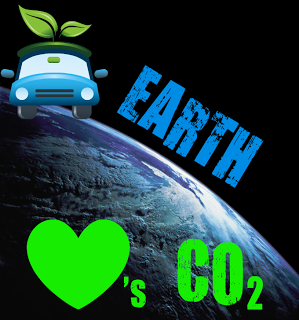 Hundreds of millions of dollars up for grabs by enviro-insiders

Well, I survived Earth Day. But only just. Thanks to all the hot air and greenhouse gases being spewed into the atmosphere, especially from that nasty Icelandic volcano, the global temperature likely went up by at least a couple of degrees.But here it was simply a lovely spring day, the kind that reminds us we live in one of the cleanest, most pollution-free cities on the planet (except, of course, when the potheads cloud it over during their annual toke-in).Nevertheless, the relentless drive to make the Lower Mainland ever cleaner and greener continues to consume our province’s most creative minds.The reason? There’s a lot of green in it, especially when you consider the hundreds of millions of dollars in grants and subsidies up for grabs by environmental insiders — and the excuse it gives government to grab those dollars back and more from regular taxpayers through various eco-levies.The Vancouver office of the Canadian Centre for Policy Alternatives, for example, has now come up with an innovative, Robin-Hood-style plan to help government seize more cash . . . at least from the wealthy.The socialist think-tank argues that, since the richest 20 per cent of B.C. income earners are to blame for almost double the greenhouse-gas emissions of those in the lowest income group, the fat cats should pay proportionately more in carbon taxes.”If climate policies are going to be effective, they need to be fair,” noted senior economist Marc Lee. “That means high-income British Columbians should bear the greater burden of reducing greenhouse-gas emissions.”Now, I have some sympathy for this line of thinking. I mean, if we could permanently ground the David Suzukis, the Al Gores and other high flyers who jet around attending global-warming summits and other major carbon-emitting get-togethers, we could lower the temperature of the planet in no time.But why stop there? Why not simply stop folks from flying altogether? Well, I suspect that would cool down the global economy so much it would send it into deep freeze . . . or the next ice age.More seriously, though, I think we should all take a deep breath and look back 40 years to 1970, the year of the first Earth Day, to see what leading environmentalists were saying back then about civilization ending. Well, according to the free-market, Seattle-based Washington Policy Centre, Earth Day organizer Denis Hayes stated: “It is already too late to avoid mass starvation.”Kenneth Watt, speaking at Swarthmore University, predicted the world would be 11 degrees colder in the year 2000: “This is about twice what it would take to put us into an ice age.”Well, we are still surviving. And I suspect that, during the next 40 years, we will continue to survive all the gases that the big corporations and the bad volcanoes pump skyward . . . though maybe by then we will find a way of taxing volcanoes.As for the Canadian Centre for Policy Alternatives’ tax-the-rich carbon scheme, I think it will likely go the way of the Dodo.Given the current level of environmental hysteria, though, I wouldn’t bet on it.jferry@theprovince.comBy Jon Ferry, The Province