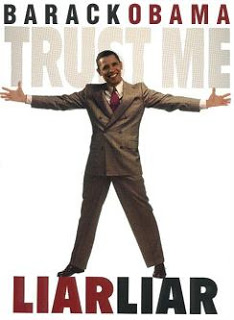 Washington Times Editorial
Not even the sky is the limit to crackpot environmental theories these days. On Wednesday, presidential science adviser John P. Holdren told the Associated Press that it might be necessary to blow pollution into the atmosphere to shield the sun’s rays and stave off global warming. His hyperbole is even scarier than his science. According to Mr. Holdren, the planet is in so much trouble that it is like a “car with bad brakes driving toward a cliff in the fog.” Not only is the world at a “tipping point,” but we also face “really intolerable consequences” if drastic action isn’t taken immediately. The hysterics could be humorous if so much were not at stake. Mr. Holdren’s humble recommendation is to try to engineer the world’s climate. One idea is to manufacture a giant artificial volcano big enough to envelope the world with its ash cloud. Behind all this weird science are government plans that will cost billions of dollars. Already, President Obama has proposed a radical cap to cut carbon-dioxide emissions by 80 percent, which White House staffers have estimated could cost the economy as much as $2 trillion over the next eight years alone. Mr. Holdren is a habitual harbinger of doom, and his past record on apocryphal predictions is abysmal. In 1980, he joined environmentalist Paul R. Ehrlich in betting economist Julian L. Simon that five natural resources – chromium, copper, nickel, tin and tungsten – would be more expensive 10 years later. Mr. Holdren and Mr. Ehrlich, who picked the five elements, argued that the world was running out of natural resources and that prices would soar as the supply disappeared. Mr. Simon reasoned that technological innovations would increase discovery of the metals and make it cheaper to extract them from the ground. Both factors tend to lower metal prices over time. Mr. Holdren and Mr. Ehrlich lost the bet. In all five cases, prices dropped. Three of the materials declined in nominal terms, and all five declined after accounting for inflation. The faulty predictions are nothing new. In the mid-1970s, fears of global cooling were all the rage. National Oceanic and Atmospheric Administration scientists pointed out that average ground temperatures in the Northern Hemisphere fell by half a degree between 1945 and 1968. From 1964 to 1972, NOAA claimed that the amount of sunshine reaching the ground had fallen by 1.3 percent. In 1975, publications such as Newsweek quoted experts fretting that we were on the verge of another “Little Ice Age.” Back then, all kinds of schemes were concocted to try to warm things up. Among the bizarre remedies was one similar to today’s volcano solution. According to Newsweek, it was imperative to try to heat up the globe by “melting the Arctic ice cap by covering it with black soot or diverting arctic rivers.” The news magazine cited the “almost unanimous” fear among experts of impending disaster due to global cooling, including drops in food production. Like previous alarmist climate predictions, today’s global-warming scare is devoid of cold facts. Temperatures were supposed to keep increasing, but they haven’t. None of the alarmist climate models predicted recent trends in which global temperatures have either fallen or remained unchanged over the last decade. Not only are the existence and dangers of global warming unproven, but there is little chance that a bunch of mad scientists can save the world with geoengineering even if there were a crisis. Mr. Holdren should be prepared for the artificial-volcano theory to blow up in his face.