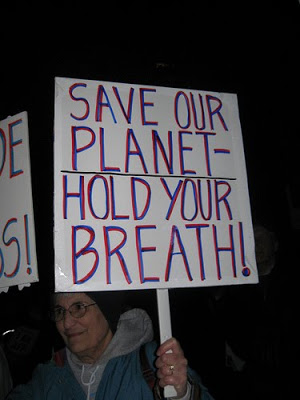 The Carbon Sense Coalition today called for an end to the practice of governments trying to buy support for their failing Ration-N-Tax Scheme using tax money raised in an underhand fashion from the same people.

The Chairman of “Carbon Sense” Mr Viv Forbes, said that since the “Climate Scare-a-Day” campaign of 2009 has failed to spook the people, the New Year will see acceleration of the next ploy – “carbon bribery and corruption”.

“Handouts and privileges cost money. This is why politicians will promote carbon taxes, both direct ones like that proposed recently by France, and underhand ones like the Australian Ration-N-Tax Scheme which relies on the sale of carbon emission permits.

“The political challenge for warmist politicians is to publicise the bribes and subsidies, but conceal the taxes needed to fund them.

“The Australian Government Treasury mandarins have already concocted figures to show how the government can use their carbon tax slush fund to bribe 2.9 million voters with handouts. But their paltry bribe, estimated at $190 per voter per year, will not compensate for the loss of their jobs to China and India.

“And the other 11 million Australian voters will be much worse off.

Viv Forbes is Chairman of the Carbon Sense Coalition which opposes waste of resources, opposes pollution, and promotes the rational and sustainable use of carbon energy and carbon food.