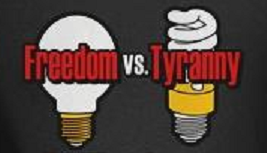 By George F. Will

“Fervently” is how America will henceforth engage in talks on global warming. So said the president’s climate change negotiator Sunday in Germany, at a U.N. conference on reducing carbon emissions. This vow was fervently applauded by conferees welcoming the end of what the AP news story called the Bush administration’s “eight years of obdurate participation” in climate talks. Reducing carbon emissions supposedly will reverse warming, which is allegedly occurring even though, according to statistics published by the World Meteorological Organization, there has not been a warmer year on record than 1998. Regarding the reversing, the U.N. Framework Convention on Climate Change has many ambitions, as outlined in a working group’s 16-page “information note” to “facilitate discussions.” For example:
“Tariffs can be lowered to grant special preference to climate-friendly goods, or they can be maintained at high levels to discourage trade in GHG- [greenhouse gas-] intensive goods and services.” The working group says protectionism “in the service of climate change objectives” might virtuously “shelter domestic producers of climate-friendly goods.” Furthermore, using “border carbon adjustment,” a nation might virtuously “impose costs on imports equivalent to that [sic] faced by domestic producers” operating under a carbon tax. Or a nation with a cap-and-trade regime regulating carbon emissions by domestic manufacturers might require foreign manufacturers “to buy offsets at the border equal to that [sic] which the producer would have been forced to purchase had the good been produced domestically.” Cynics will see only potential for mischief by governments, including the U.S. government, using such measures to give a green patina to protectionism. Meanwhile, the U.S. government is having its own problems with one “climate-friendly good” that might not be. Last week, the New York Times front page carried this headline: “The Bulb That Saved the Planet May Be a Little Less Than Billed.” The story recounted some Americans’ misadventures with the new light bulbs that almost all Americans — all but those who are filling their closets with supplies of today’s incandescent bulbs — will have to use after the phaseout of today’s bulbs in 2014. (You missed that provision of the Energy Independence and Security Act of 2007?) A San Francisco — naturally — couple emerged from Al Gore’s movie “An Inconvenient Truth” incandescent with desire to think globally and act locally, in their home. So they replaced their incandescent bulbs with the compact fluorescents that Congress says must soon be ubiquitous. “Instead of having a satisfying green moment, however,” the Times reported, “they wound up coping with a mess.” Although supposed to last 10,000 hours and save, the Times says, “as much as” $5.40 a year in electricity costs, some bulbs died within a few hours. Some experts, reports the Times, “blame the government for the quality problems,” saying its push to cut the bulbs’ prices prompted manufacturers to use inferior components. Furthermore, some experts have written a guide saying the new bulbs require “a little insight and planning.” The Times says that “may be an understatement.” The bulbs, says the Times, “do not do well in hot places with little airflow, like recessed ceiling fixtures,” and some do not work “with dimmers or three-way sockets.” And: “Be aware that compact fluorescents can take one to three minutes to reach full brightness. This is not a defect.” Well, if you say so. Because all fluorescents contain mercury, a toxic metal, they must never be put in the trash, so Home Depot and other chains offer bins for disposing of dangerous bulbs. Driving to one of these disposal points might not entirely nullify the bulbs’ environmental benefits. Besides, the Times summarizes the Environmental Protection Agency’s helpful suggestions for coping with the environmental dangers caused when one of these environment-saving bulbs breaks: “Clear people and pets from the room and open a window for at least 15 minutes if possible. Avoid vacuuming. Scoop up larger pieces with stiff paper or cardboard, pick up smaller residue with sticky tape, and wipe the area with a damp cloth. Put everything into a sealed plastic bag or sealed glass jar. In most cases, this can be put in the trash, but the EPA recommends checking local rules.” Worrywarts wonder what will happen when a lazy or careless, say, 10 percent of 300 million Americans put their worn-out bulbs in the trash. Stop worrying. What do you think? That Congress, architect of the ethanol industry and designer of automobiles, does not think things through? georgewill@washpost.com