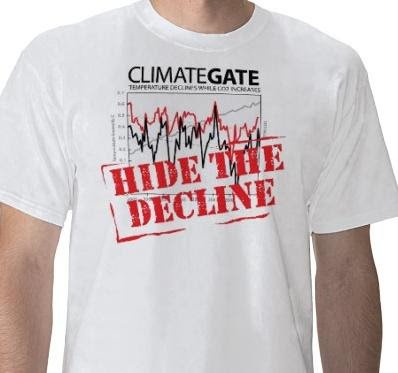 Now that Copenhagen is past history, what is the next step in the man-made global warming controversy? Without question, there should be an immediate and thorough investigation of the scientific debauchery revealed by “Climategate.” If you have not heard, hackers penetrated the computers of the Climate Research Unit, or CRU, of the United Kingdom’s University of East Anglia, exposing thousands of e-mails and other documents. CRU is one of the top climate research centers in the world. Many of the exchanges were between top mainstream climate scientists in Britain and the U.S. who are closely associated with the authoritative (albeit controversial) Intergovernmental Panel on Climate Change. Among the more troubling revelations were data adjustments enhancing the perception that man is causing global warming through the release of carbon dioxide (CO2) and other atmospheric greenhouse gases. Particularly disturbing was the way the core IPCC scientists (the believers) marginalized the skeptics of the theory that man-made global warming is large and potentially catastrophic. The e-mails document that the attack on the skeptics was twofold. First, the believers gained control of the main climate-profession journals. This allowed them to block publication of papers written by the skeptics and prohibit unfriendly peer review of their own papers. Second, the skeptics were demonized through false labeling and false accusations.Climate alarmists would like you to believe the science has been settled and all respectable atmospheric scientists support their position. The believers also would like you to believe the skeptics are involved only because of the support of Big Oil and that they are few in number with minimal qualifications.But who are the skeptics? A few examples reveal that they are numerous and well-qualified. Several years ago two scientists at the University of Oregon became so concerned about the overemphasis on man-made global warming that they put a statement on their Web site and asked for people’s endorsement; 32,000 have signed the petition, including more than 9,000 Ph.Ds. More than 700 scientists have endorsed a 231-page Senate minority report that questions man-made global warming. The Heartland Institute has recently sponsored three international meetings for skeptics. More than 800 scientists heard 80 presentations in March. They endorsed an 881-page document, created by 40 authors with outstanding academic credentials, that challenges the most recent publication by the IPCC. The IPCC panel’s report strongly concludes that man is causing global warming through the release of carbon dioxide. Last year 60 German scientists sent a letter to Chancellor Angela Merkel urging her to “strongly reconsider” her position supporting man-made global warming. Sixty scientists in Canada took similar action. Recently, when the American Physical Society published its support for man-made global warming, 200 of its members objected and demanded that the membership be polled to determine the APS’ true position.What do the skeptics believe? First, they concur with the believers that the Earth has been warming since the end of a Little Ice Age around 1850. The cause of this warming is the question. Believers think the warming is man-made, while the skeptics believe the warming is natural and contributions from man are minimal and certainly not potentially catastrophic Ã la Al Gore.Second, skeptics argue that CO2 is not a pollutant but vital for plant life. Numerous field experiments have confirmed that higher levels of CO2 are positive for agricultural productivity. Furthermore, carbon dioxide is a very minor greenhouse gas. More than 90 percent of the warming from greenhouse gases is caused by water vapor. If you are going to change the temperature of the globe, it must involve water vapor. Third, and most important, skeptics believe that climate models are grossly overpredicting future warming from rising concentrations of carbon dioxide. We are being told that numerical models that cannot make accurate 5- to 10-day forecasts can be simplified and run forward for 100 years with results so reliable you can impose an economic disaster on the U.S. and the world.The revelation of ClimateÂ­gate occurs at a time when the accuracy of the climate models is being seriously questioned. Over the last decade Earth’s temperature has not warmed, yet every model (there are many) predicted a significant increase in global temperatures for that time period. If the climate models cannot get it right for the past 10 years, why should we trust them for the next century?Climategate reveals how predetermined political agendas shaped science rather than the other way around. It is high time to question the true agenda of the scientists now on the hot seat and to bring skeptics back into the public debate. Neil Frank, who holds a Ph.D. from Florida State University in meteorology, was director of the National Hurricane Center (1974–87) and chief meteorologist at KHOU (Channel 11) until his retirement in 2008.Source by Neil Frank

One thought on “Climategate: You should be steamed”