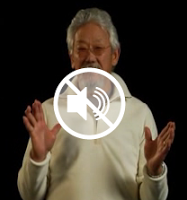 VANCOUVER – The Beijing Olympic organizing committee was among five continental winners of the first International Olympic Committee sport and environment awards, presented Monday at the 8th World Conference on Sport and the Environment in Vancouver.

“It’s a marketing campaign for these companies that have realized that most of the world knows they’re destroying the Earth,” said ORN speaker Harjap Grewal. “What they now need to do is pretend to be green, what the Olympics provides them, it provides them with the best opportunity to ‘show the world’ they care about the environment.”

Grewal said Vancouver 2010 Winter Olympics organizers, the IOC and sponsors are leaving a legacy of destruction. He pointed to the overland expansion of the Sea-to-Sky Highway through the Eagleridge Bluffs forest and swamp and clearcut logging to make way for Nordic sports venues in the Callaghan Valley.

Earlier Monday, VANOC CEO John Furlong said talks are underway with a sponsor to compile a $5 million portfolio of carbon credits to offset the estimated 300,000 tons of Games-related air pollution.

“Governments are preparing for warming — and it’s cooling,” Ball told 24 hours. “We’re going to be blindsided.”

The three-day United Nations and IOC-presented convention ends Tuesday. The convention was downsized by the recession. Sponsorship was open exclusively to all VANOC and IOC partners, but only seven responded. The federal and British Columbia governments and provincial Crown corporation BC Hydro were three of them.