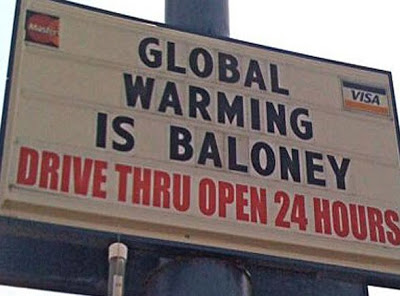 As we now know (and by “we” I mean “everyone with access to the Internet”), the University of East Anglia’s Climatic Research Unit (CRU) has just been caught ferociously manipulating the data about the Earth’s temperature.

Recently leaked e-mails from the “scientists” at CRU show that, when talking among themselves, they forthrightly admit to using a “trick” to “hide the decline” in the Earth’s temperature since 1960 — as one e-mail says. Still another describes their manipulation of the data thus: “[W]e can have a proper result, but only by including a load of garbage!”

Am I just crazy from the heat or were they trying to deceive us?

(Boy, it must be great to be able to redefine words right in the middle of a debate.)

Also, of course, the defenders said that the words needed to be placed “in context” — the words’ check was in the mail, and they’d like to spend more time with their families.

I have placed the words in context and it turns out what they mean is: gigantic academic fraud.

The leaked e-mail exchanges also show the vaunted “scientists” engaging in a possibly criminal effort to delete their own smoking-gun e-mails in response to a Freedom of Information request. Next, the fanatics will be telling us that “among scientists,” this behavior does not indicate knowledge of guilt.

If I recall correctly, their next move should be to fire the special prosecutor late Saturday night.

These e-mails aren’t a tempest in a teapot. They are evidence of pervasive fraud by a massively influential institution that has dominated news coverage of global warming.

CRU was regularly cited as the leading authority on “global climate analysis” — including by the very news outlets that are burying the current scandal, such as The New York Times and The Washington Post. The CRU alone received more than $23 million in taxpayer funds for its work on global warming.

Having claimed to have collected the most complete data on the Earth’s temperature for the last half century, the CRU’s summary of that data was used by the United Nations’ Intergovernmental Panel on Climate Change for its 2007 report demanding that we adopt a few modest lifestyle changes, such as abolishing modern technology, reverting to hunter/gatherer status and taxing ourselves into servitude.

But then last weekend — in the middle of the “Let’s Cook the Books!” e-mail scandal — the CRU said that all its data on the Earth’s temperature since 1960 had been irretrievably “lost.” (Although I suspect “overcooked” might be a more apt term.)

Most disturbingly, the CRU-affiliated “scientists” were caught red-handed conspiring to kill the careers and reputations of scientists who dissented from the religion of global warming. Indignant that scientific journals were publishing papers skeptical of global warming, the cult members plotted to get editors ousted and the publications discredited.

This sabotage of global warming dissenters may be more galling than their manipulation of the data. Until now, the global warming cult’s sole argument has been to demand that everyone shut up in response to the “scientific consensus” that human activity was causing global warming.

That’s their idea of a free and open debate.

It’s always the same thing with primitive people — voodoo practitioners, rain dancers and liberals. In lieu of facts, debate and a weighing of the evidence, religious fanatics respond to all counterarguments by invoking a higher authority: the witch doctor, a “scientific consensus,” “the Constitution” or “historians are agreed.”

Liberals won’t tell us why Congress passed a law outlawing incandescent lightbulbs by 2014 — a bill solemnly delivered to the president in a Prius hybrid (making it the slowest-moving bill in U.S. history). Instead, they tell us there’s a “scientific consensus” that we have to use fluorescent lightbulbs or we’ll all die.

They won’t tell us why Ten Commandments monuments must be stripped from every public space in America. Instead, they tell us “the Constitution” says so (according to the high priests who interpret it to mean things the document doesn’t remotely say).

They won’t tell us what Sen. Joe McCarthy lied about. They say: Historians are agreed that McCarthy was a liar. (These are the same historians who also stated as fact that “few American Communists were spies” — until decrypted Soviet cables proved that the Communist Party was awash with Soviet spies.)

This is precisely what liberals accuse Christians of doing, but which Christians never do. We don’t cite the Bible as authority — and then refuse to let anyone read it. We certainly don’t claim to have “lost” it, so you can’t check for yourself. But that’s exactly what the CRU has done with its secret data allegedly showing a warming Earth.

Also, biblical data on the great flood and Noah’s ark have held up remarkably well.

Even if the Earth were warming — which apparently it is not — the idea that humans using energy-efficient lightbulbs would alter the temperature of the globe is approximately as plausible as the Aztecs’ belief that they were required to wrench the beating heart out of living, breathing humans in order to keep the sun on its path.

Sadly, the “human sacrifice deniers” lost the argument to Aztec CRU scientists, who explained that there was a “scientific consensus” on the benefits of ritual murder.

But at least the Aztecs only slaughtered tens of thousands of humans in the name of “climate change.” The global warming cultists want us all dead.