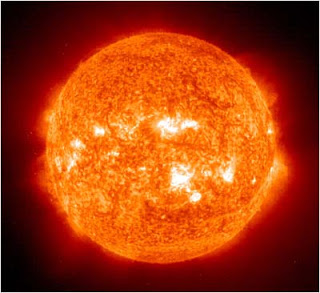 By Lorne Gunter, National Post
Imagine if Pope Benedict gave a speech saying the Catholic Church has had it wrong all these centuries; there is no reason priests shouldn’t marry. That might generate the odd headline, no? Or if Don Cherry claimed suddenly to like European hockey players who wear visors and float around the ice never body-checking opponents. Or Jack Layton insisted out of the blue that unions are ruining the economy by distorting wages and protecting unproductive workers. Or Stephen Harper began arguing that it makes good economic sense for Ottawa to own a car company. (Oh, wait, that one happened.) But at least, the Tories-buy-GM aberration made all the papers and newscasts. When a leading proponent for one point of view suddenly starts batting for the other side, it’s usually newsworthy. So why was a speech last week by Mojib Latif of Germany’s Leibniz Institute not give more prominence? Prof. Latif is one of the leading climate modellers in the world. He is the recipient of several international climate-study prizes and a lead author for the United Nations’ Intergovernmental Panel on Climate Change (IPCC). He has contributed significantly to the IPCC’s last two five-year reports that have stated unequivocally that man-made greenhouse emissions are causing the planet to warm dangerously. Yet last week in Geneva, at the UN’s World Climate Conference — an annual gathering of the so-called “scientific consensus” on man-made climate change — Prof. Latif conceded the Earth has not warmed for nearly a decade and that we are likely entering “one or even two decades during which temperatures cool.” The global warming theory has been based all along on the idea that the Atlantic and Pacific Oceans would absorb much of the greenhouse warming caused by a rise in man-made carbon dioxide, then they would let off that heat and warm the atmosphere and the land. But as Prof. Latif pointed out, the Atlantic, and particularly the North Atlantic, has been cooling instead. And it looks set to continue a cooling phase for 10 to 20 more years. “How much?” he wondered before the assembled delegates. “The jury is still out.” But it is increasingly clear that global warming is on hiatus for the time being. And that is not what the UN, the alarmist scientists or environmentalists predicted. For the past dozen years, since the Kyoto accords were signed in 1997, it has been beaten into our heads with the force and repetition of the rowing drum on a slave galley that the Earth is warming and will continue to warm rapidly through this century until we reach deadly temperatures around 2100. While they deny it now, the facts to the contrary are staring them in the face: None of the alarmist drummers every predicted anything like a 30-year pause in their apocalyptic scenario. Prof. Latif says he expects warming to resume in 2020 or 2030. “People will say this is global warming disappearing,” he added. According to him, that is not the case. “I am not one of the skeptics,” he insisted. “However, we have to ask the nasty questions ourselves or other people will do it.” In the past year, two other groups of scientists — one, like Prof. Latif, in Germany, the second in the United States — have come to the same conclusion: Warming is on hold, likely because of a cooling of the Earth’s upper oceans. It will resume, though, some day. But how is that knowable? How can Prof. Latif and the others state with certainty that after this long and unforeseen cooling, dangerous man-made heating will resume? They failed to observe the current cooling for years after it had begun, how then can their predictions for the resumption of dangerous warming be trusted? My point is they cannot. It’s true the supercomputer models Prof. Latif and other modellers rely on for their dire predictions are becoming more accurate. A major breakthrough last year in the modelling of past ocean currents finally enabled the computers to recreate the climate history of the 20th century (mostly) correctly. But getting the future equally correct is far trickier. Chances are some unforeseen future changes to real-world climate or further modifications to the UN’s climate computers will throw the current predictions out of whack long before the forecast resumption of warming.Source