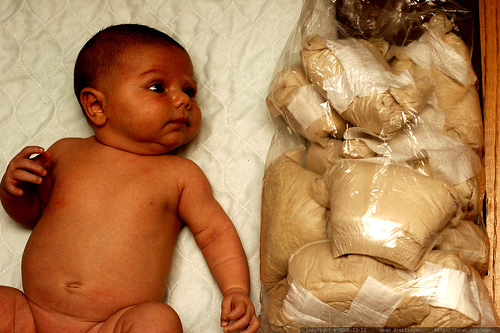 By The Chilling Effect
This is where the environmental movement gets ghoulish, and it’s important not to gloss over. A study in the British journal Lancet ties human population to the world’s climate — leading simple-minded, singularly focused Green activists to believe that reducing human population will be good for the planet. In this case, the recommendation is to give birth control to people in developing countries. Even assuming the best intentions, it is little more than Eugenics 2.0 — picking on a disadvantaged population group and reducing their future for the benefit of those at the top of the social chain. AP reports:

“There is now an emerging debate and interest about the links between population dynamics, sexual and reproductive health and rights, and climate change,” the commentary says.

Whoa, wait a minute. There’s an “emerging debate”? If so, it’s being driven by one small, twisted sliver. There’s the environmentalists who want to set a two-child limit. And the ghastly woman who had an abortion to fight global warming. Clearly the far-Green view of humanity as an evil plague upon the world has met another key aspect of its social views, and it’s deeply troubling news for the rest of us.Source