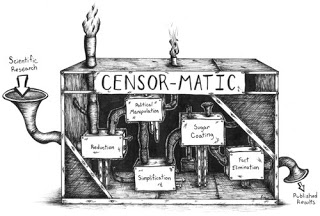 By Cal Thomas, The Town Talk

The Environmental Protection Agency has submitted a “finding” to the White House Office of Management and Budget that will force the Obama administration to decide whether to limit greenhouse gas emissions under the Clean Air Act. If adopted, new laws and regulations will likely follow that have the potential to change our lifestyles and limit our freedoms. None of these will be preceded by debate, they will be imposed on us by fundamentalist politicians and scientists who have declared global warming as fact; end of discussion.

On the Discovery Channel last week, Tom Brokaw hosted a special called “Global Warming: The New Challenge.” While promoting the piece, Brokaw declared, “there is a growing consensus that global warming is real and getting worse.” Actually, there is a growing body of opinion that global warming is a fraud perpetrated by liberal politicians and their scientific acolytes who want more control over our lives. Whenever politicians declare a crisis, or an emergency, watch out. Chances are this means they want to impose something before the public discovers the truth. One of the definitions of consensus is “general agreement or concord; harmony.” Any honest assessment of scientific opinion leads to the conclusion that there is signi

ficant disagreement on global warming within the scientific community among those with expertise in climatology and related fields. Yet many politicians want us to believe all of science is on board with manmade global warming and that we must act now to save the planet and ourselves from catastrophe (catastrophe is another word politicians like to use when imposing their agendas). You know something is up when prominent apostles of global warming, especially former vice president Al Gore, refuse to discuss the issue with any scientist who takes a contrary view. For information that debunks the “science” of global warming visit www.globalwarminghoax.com. For global warming fundamentalists, no amount of contradictory information will dilute their faith. Science makes mistakes, as did NASA when it published data on global warming trends in an effort to gauge the warmest years in U.S. history. Their temperature statistics were flawed. The year 1998 was not the hottest year on record, as NASA originally stated, it was 1934 — the year Wiley Post discovered the jet stream. In New York earlier this month, more than 600 scientists, economists, legislators and journalists from many nations met for the second International Conference on Climate Change. Numerous presentations debunked with documentation what they called the pseudoscience and dictatorial intentions promoted by the UN, the European Union and the Obama administration. If there was media coveraget, I missed it. The keynote speaker at the gathering was Vaclav Klaus, president of the Czech Republic and the European Union. Klaus described environmentalism as a new collectivist religion that doesn’t just want to change the climate, but us as well. Klaus rejected the executive summary published by the UN’s Intergovernmental Panel on Climate Change as all politics and environmental activism, “not science.” Truth is sometimes inconvenient, as Al Gore likes to say. But that cuts both ways. Truth can also be inconvenient when it shines light on propaganda. Not to allow for a full-fledged debate on global warming is censorship, a popular practice in totalitarian societies and many fundamentalist religions and cults.
Source