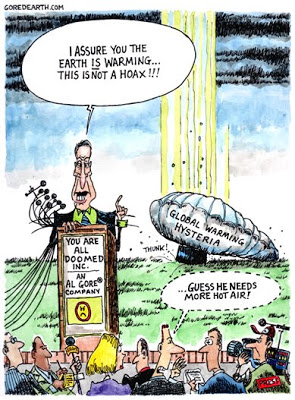 That seems to be the growing sentiment inside the city’s Bella Conference Center, where officials, environmentalists and even delegates to the international climate conference began streaming out Friday evening. What began with excitement and anticipation two weeks ago ended Friday night with disappointment and anger for thousands.

“This is a sad day for my country,” said Mama Konate, chief delegate from the West African nation of Mali. “We have worked very hard to reach this agreement. And now it seems over. Without a deadline, I don’t know if we will ever finish.”

The conference, the largest of its kind, attracted scientists, activists and human rights supporters from every corner of the globe, who believe that without a climate accord limiting greenhouse gases, glaciers will melt, oceans will rise and the weather will go so warm it could wipe out 50 percent of the Earth’s species. Until Friday, they saw Copenhagen as their last chance to stop it.

“You can scapegoat the process. That wasn’t it. It was the unwillingness of people to move around big issues: China on verification, the U.S. on deeper emission cuts,” said the head of an NGO that does relief work in Africa.

“Judging by the proceedings and the obvious gulf that remains, this is dead anything short of a miracle.”

That was not the sentiment early in the day when 25 U.S. congressmen showed up at the summit, flying in on a Boeing 757 with Speaker Nancy Pelosi at considerable taxpayer expense. The delegation joined President Barack Obama and nearly 120 world leaders for the conference’s final day.

“This president is very, very unusual,” said Congressman Charlie Rangel. “His power of persuasion and his eloquence somehow brings together how the whole world feels. I think we are very close. I am optimistic.”

But as the hours passed, hope turned to doubt.

What went wrong? To get more than 100 nations big and small, rich and poor, developed and not, all on the same page — over issues that go to the heart of their economies, their standards of living and that reach into the pocketbooks of the public — may have been a bridge too far.

The summit got underway with grand expectations. Many environmental groups said this was the last best chance to get a climate accord, while Obama still had considerable first-year clout in office and a Democratic majority in Congress. The upcoming 2010 congressional elections could swing the Senate to Republicans who are opposed to aggressive environmental legislation, they worried. And without the U.S., any climate treaty is meaningless.

Yet a deep lack of trust underscored the talks from the beginning. As rivals in business, neither the U.S. nor China wanted to agree to anything that would give the other a competitive edge.

“I am very skeptical anything here in Copenhagen is good for the average U.S. citizen,” said Rep. Joe Barton, R-Tex. “The process is falling apart.”

Barton said he was especially appalled by the requests for aid from Third World dictators like Venezuelan President Hugo Chavez, who said the U.S. owes the world for having raped the planet.

“I owe Hugo Chavez nothing. Nothing-zip-nada,” said Barton. “The U.S. in the last 50 years has given trillions of dollars to the Third World. But to say they are going to be ravaged by climate change and deserve ‘Greenmail’ strains credibility.”

The U.S. said China’s planned cuts in “carbon intensity” (CO2 as a unit of GDP) were insufficient

Other developing nations pointed the same finger at the U.S. Obama proposed a 4 percent cut in U.S. emissions from their 1990 levels by 2020. That compares to much larger promised cuts in the EU of 20 to 30 percent. Climatologists say a cut of at least 25 to 40 percent is required if the world is to avert a climate disaster.

One of the problems, according to another NGO representative, is that the draft agreement is complicated and interconnected. When heads of state tinker with the text, they may be editing out a clause that was negotiated for months, in a compromise on an unrelated point. And typically only those who are intimate with the text understand what was compromised to get that language in the first place.

What set Copenhagen up for disaster? When heads of state arrive, an agreement is usually 99 percent complete. Not this time. Because of procedural delays, caused in large part by China, the document was far from finalized, leaving ministers and heads of state over their head on some issues.

“I’m leaving,” said Yousef Diakite, a representative from the Pan-African Parliament. “I’m unhappy, disappointed, not glad. Everyone was waiting for Copenhagen. This was our chance. And today it is over.”