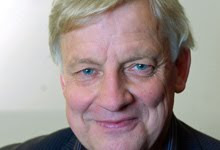 By Jon Ferry, The Province

The best time to dump a stock, so the experts say, is when the hysteria surrounding it has reached its zenith. And, as a story in the U.K. media over the weekend makes clear, we’ve now reached that point in the feeding frenzy over the issue of human-induced global warming.

Now is the time to back the truck up, dump the garbage out and start again with a clean sheet — before we all go bonkers.

The story in the prestigious Sunday Times describes how the Royal Society, the U.K.’s top science institution, is backing research into simulated volcanic eruptions to stave off climate change. This, we are told, is on the grounds that “pouring sulphur-based particles into the upper atmosphere could be one of the few options available to humanity to keep the world cool.”

Keep the world cool? As a long-time global-warming skeptic, I think these Brit researchers are tilting at windmills. They arrogantly seem to think their dabblings in “geo-engineering” can regulate the Earth’s warming and cooling, as if they were dialling a thermostat up and down.

I mean what happens if, while they’re simulating these eruptions and spraying millions of tons of dust in the air, an actual eruption takes place — like that of Mt. Pinatubo in the Philippines in 1991 — and the world cools down a bit too much? Will they trigger a new ice age?

Manchester University professor Brian Launder is quoted in the story by environment editor Jonathan Leake as saying that, without carbon-dioxide reductions or geo-engineering, “civilization as we know it will end within our grandchildren’s lifetime.”

My view is that civilization has already ended — at least at most western universities, where for too long kids have been brainwashed into eco-conformity by political zealots masquerading as professors.

Bold counter-action is needed. Indeed, if I was in charge, I’d end all this ideologically driven, academic nonsense before our politicians do something really dumb . . . like peppering the planet with huge, bird-killing wind machines.

Come to think of it, that’s exactly what they seem intent on doing. They’re known as wind “farms.” And as anybody who has lived near them knows, they’re not just ugly, they’re unreliable and inefficient as power producers. Moreover, they require taxpayer subsidies to be economic.

So far, B.C. doesn’t have many of these modern windmills. Even the one with 37-metre blades being constructed at the top of Grouse Mountain isn’t in operation yet, though resort spokesman William Mbaho told me that “assembly should take place this month.”

It’s a privately-owned wind turbine that will undoubtedly make a bold statement. But I strongly suspect it’ll be a statement about its value as a tourist attraction rather than as a generator of electricity.

Not that I have anything against that. As B.C.’s budget shows, our province is desperate for dollars wherever it can get them.

Let’s not pretend, however, that erecting windmills will alter the Earth’s climate . . . any more than setting off phony volcanoes will.

Source via our partners at Puget Sound Radio

3 thoughts on “Let's end this rubbish over global warming”