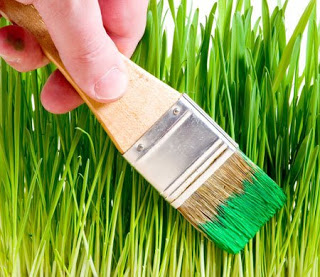 Many of our elected leaders, it seems, are being “green-washed.” From the Governor’s Mansion to the White House, public officials are racing to become the most radical supporter of clean energy, as well as the fiercest opponent of man-made climate change. Does anyone not think that green energy and man-made global warming are urgent priorities? Evidently, just those crazy global warming “deniers” — the American people. According to a recent Gallup environmental survey, global warming is last on the list of Americans’ environmental worries. In fact, four in 10 Americans worry only a little or not at all about global warming and the “greenhouse effect.” Similarly, last month a Pew survey found that only 30 percent of Americans rate dealing with global warming as a “top domestic priority,” enough for last on a list of 20 possible priorities. Reasonable citizens have good cause to doubt the seriousness of man-made climate change. First, alarmists’ predictions simply don’t fit the facts. For instance, research published last month found that the world’s oceans have actually cooled since 2003. Second, published, peer-reviewed research from climate scientists such as Roy Spencer and William Braswell (aka “global warming skeptics”) is showing that basic assumptions of man-made climate change theory are likely false.Due perhaps to these facts, Americans are much more concerned about the economic realities of the present than they are about theoretical, doomsday climate predictions of the future. According to the Pew survey, the economy and jobs were Americans’ top two domestic priorities, respectively. So where should level-headed Utahns turn when the clean and green fad comes knocking at their door? Where should Utahns look for credible information when they hear from political activists and ideologues in their community that the ways they get to work and heat their homes must be sacrificed because of an impending environmental Armageddon? Evidently not the media, which 41 percent of Americans believe exaggerates the seriousness of global warming, according to Gallup. They are also not likely to receive much help from their governor, whose love affair with the Western Climate Initiative’s cap-and-trade proposal threatens to destroy the jobs and incomes of thousands of Utahns, according to a recent economic analysis by the Beacon Hill Institute. Utah legislators, on the other hand, are likely to provide some sanity. Thankfully, many state lawmakers put principles of freedom, family, and sound economics before political aspirations when it comes to climate change. Sutherland’s Earth Week 2009 event is another option. There, at least, Utahns can actually discuss global warming rather than be intimidated by it. Wherever Utahns go to get informed, if they do not hold global warming and “going green” in high esteem, they shouldn’t worry. Not only is that a reasonable, responsible way to think, it is also what the rest of America is recognizing as well. Derek Monson is a policy analyst at the Sutherland Institute.

One thought on “Not all Americans have been 'greenwashed'”