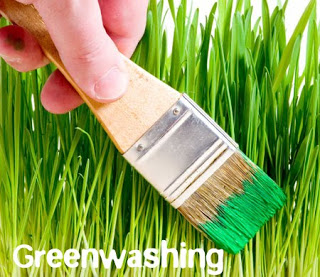 GREENWASHING TAKEN TO THE NEXT LEVEL

Ed’s note: It’s bad enough that some people buy into the myth that their own “footprint” is somehow a bad thing, but this article just goes to show how far the absurd eco-alarmists can really go.

By TANYA KATTERNS – Published today in The Dominion Post
The eco-pawprint of a pet dog is twice that of a 4.6-litre Land Cruiser driven 10,000 kilometres a year, researchers have found. Victoria University professors Brenda and Robert Vale, architects who specialise in sustainable living, say pet owners should swap cats and dogs for creatures they can eat, such as chickens or rabbits, in their provocative new book Time to Eat the Dog: The real guide to sustainable living. The couple have assessed the carbon emissions created by popular pets, taking into account the ingredients of pet food and the land needed to create them. “If you have a German shepherd or similar-sized dog, for example, its impact every year is exactly the same as driving a large car around,” Brenda Vale said. “A lot of people worry about having SUVs but they don’t worry about having Alsatians and what we are saying is, well, maybe you should be because the environmental impact … is comparable.” In a study published in New Scientist, they calculated a medium dog eats 164 kilograms of meat and 95kg of cereals every year. It takes 43.3 square metres of land to produce 1kg of chicken a year. This means it takes 0.84 hectares to feed Fido. They compared this with the footprint of a Toyota Land Cruiser, driven 10,000km a year, which uses 55.1 gigajoules (the energy used to build and fuel it). One hectare of land can produce 135 gigajoules a year, which means the vehicle’s eco-footprint is 0.41ha – less than half of the dog’s. They found cats have an eco-footprint of 0.15ha – slightly less than a Volkswagen Golf. Hamsters have a footprint of 0.014ha – keeping two of them is equivalent to owning a plasma TV. Professor Vale says the title of the book is meant to shock, but the couple, who do not have a cat or dog, believe the reintroduction of non-carnivorous pets into urban areas would help slow down global warming. “The title of the book is a little bit of a shock tactic, I think, but though we are not advocating eating anyone’s pet cat or dog there is certainly some truth in the fact that if we have edible pets like chickens for their eggs and meat, and rabbits and pigs, we will be compensating for the impact of other things on our environment.” Professor Vale took her message to Wellington City Council last year, but councillors said banning traditional pets or letting people keep food animals in their homes were not acceptable options. Kelly Jeffery, a Paraparaumu german shepherd breederwho once owned a large SUV, said eliminating traditional pets was “over the top”. “I think we need animals because they are a positive in our society. We can all make little changes to reduce carbon footprints but without pointing the finger at pets, which are part of family networks.” Owning rabbits is legal anywhere. Local bodies allow chickens, with some restrictions. YOUR PET’S MARK The eco-footprints of the family pet each year as calculated by the Vales: German shepherds: 1.1 hectares, compared with 0.41ha for a large SUV. Cats: 0.15ha (slightly less than a Volkswagen Golf). Hamsters: 0.014ha (two of them equate to a medium-sized plasma TV). Goldfish: 0.00034ha (an eco-finprint equal to two cellphones).Source

4 thoughts on “Now we're supposed to worry about our pet's carbon pawprints?”