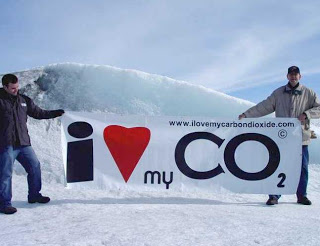 On Thursday 21 May 2009, at Stormont, Belfast, Dutch scientist Hans Schreuder, who now lives in East Anglia, told the Northern Ireland Climate Change Committee that there is no evidence for global warming or climate change being man-made.

From his testimony, these quotes:

“[…] the longstanding paradigm says that because of trace gases like CO2, the atmosphere heats the earth. But this isn’t true.”

“Any and all evidence that has ever been presented to support the idea that carbon dioxide has an effect on global temperatures has been biased, opinionated and based on an agenda that pre-emptively dismissed alternative explanations.”

“Computer simulations regard the earth as a flat disk, without North or South Pole, without the Tropics, without clouds and bathed in a 24 hour haze of sunshine. The reality is two icy poles and a tropical equatorial zone, with each and every square metre of our earth receiving an ever varying and different amount of energy from the sun, season to season and day to day. This reality is too difficult to input to a computer.
Did you realise that?”

“If carbon dioxide really is such a danger to mankind, as the US Environmental Protection Agency would have us believe, then the upcoming Olympic Games should be cancelled, as well as all other big sporting events, as well as all road transport and all air transport and all coal- and gas-fired powerstations should be shut down. Clearly there is no need for such drastic action and clearly carbon dioxide is not dangerous at all.”

“The above makes a mockery of saying that today’s level is unprecedented.”

“As a further rebuttal of the influence of carbon dioxide over the climate, the alleged IPCC greenhouse effect is a non-existent effect. No greenhouse, whether made from glass, plastic, cardboard or steel will reach a higher inside temperature due to the magic of re-radiated infrared energy. If it did, engineers would have long ago been able to design power stations made from air, mirrors and glass, extracting more energy out of it than was put into it – if only!”

“The periodicity in the data and the unequivocal solar linkage were not even addressed. This is not science. The whole climate change issue is about to fall apart. Heads will roll.”

“Any and all schemes to reduce carbon dioxide emissions are futile in terms of having an effect on global temperatures or the climate and any and all carbon trading exchanges are a fraudulent exercise amounting to no more than hidden taxation.”