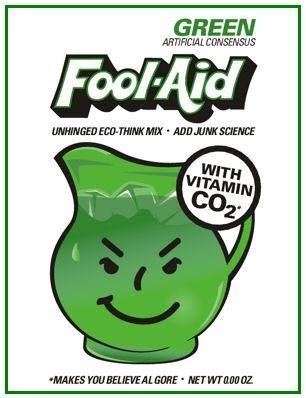 I’ve read the story about the high school student who stood up to climate change propaganda and, unfortunately, this kind of thing happens more often than we think and at all levels (from junior kindergarten to post graduate studies)

On the second last day of school before Christmas holidays (December 17th) a group of 6 and 7 grade students (recommended as “gifted” by the school’s principal) came to my daughter’s class to make a presentation about the alleged effects global warming have on planet’s life. The presentation, which, in the principal’s words, was the result of “wonderful research made by the gifted students,” showed pictures of melting ice glaciers, flooding cities and drowning polar bears and generally used the scare tactics of the environmental groups to “urge the governments to act in order to save the planet.” But the presentation was not only an information session. The sixth graders had a political agenda too and at the end of the show they circulated a petition addressed to Prime Minister Stephen Harper in which they, again, urged him to “act for the future of the planet by signing the Copenhagen Accord.” Needless to say that being pressured (the Principal and two teachers were present in the presentation room and encouraged the students to sing the petition) and not knowing what to do, all the children ended up by putting their names on the list, although some of them, including my daughter, felt deeply uncomfortable doing it. But who cares about little children feelings when is for such a “noble” cause?

The next day I’ve discussed with the Principal and the teachers and they removed my daughter’s signature (and other students’ whose parents complained) from the petition. They also agreed that they will inform the parents regarding any future presentations, so that the parents/legal guardians should decide whether they want their children to participate or not.

1. I’m OK with the freedom of speech. Any individual should be allowed to express their opinions. However, this is a two way street, and one should not impose his or her opinions on others by forcing them to support their views. The teachers showed to be biased regarding the climate change topics and completely disregarded students’ right to question the arguments of the presenters. They didn’t give them the right to refuse to be part of it, and assumed that there was a “general consensus.”

2. The fact that the “gifted students did a great research job” doesn’t give them the right to use other students’ coerced accord to push their agenda. I’m afraid these gifted students have been in fact used by their activists’ parents in desperate search and need for political support. But apparently some parents would do anything, even violate others rights, to impose their views.

3. There is a legal aspect here too. The school doesn’t have the right to disclose its student’s personal information without parents/ guardian consent. In this case a list containing the names and signatures of potentially hundreds of students was allowed to circulate freely with a group of sixth graders. And that with the blessing of the principal and teachers. Is allowing that wise and safe?

4. The presenters used children emotions to push their propaganda. The show implied that the climate change would cause the extinction of polar bears, penguins and other catastrophic effects and suggested that students’ refuse to sign would make them responsible for this. At one point a student asked what would happen it they didn’t sign and one of the presenters answered with a grave tone: “bye-bye world.” This may look unimportant for adults but making 10 year old children feel guilty for the destruction of planet is a despicable act.

All this happened at a number of schools in Canada but I’m sure that, unfortunately, it’s not an isolated case. As mentioned before I managed to have my daughter’s name removed from the petition and the school will inform me about future presentations. It’s a small victory against the system but it’s a victory of truth and freedom of speech.