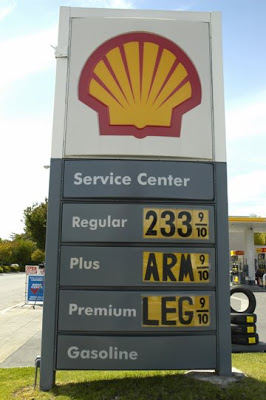 By Alan Schram, The Huffington Post
Energy prices have been going higher again. With the price of crude oil closing Friday at $72 a barrel, roughly double its level in January, talk of energy independence is again prevalent. But energy independence is not a desirable goal for the country (and it may not be doable, either). Lower energy prices raise real wages for all Americans. Paying more for energy in order to get it from wind or solar sources lowers productivity and destroys wealth, and will actually be adversarial for long term economic growth. When you buy any product or service, both sides benefit or they would not engage in the transaction. If Wellcap Partners is forced to pay a higher price for a product or service it needs, the firm is not better off for it. In the same vein, if instead of buying the energy you need at a price that’s acceptable to you, you must turn to a more expensive energy source in the name of achieving “independence”, it will be to your detriment. Closing America to trade of any kind has always been a bad idea. And it should be intuitive: the U.S. economy depends on openness, and the consequences of that openness have a large role in creating jobs and reducing prices for all consumers across the board. After all, in a global economy, we don’t try to grow our own vegetables, and we don’t insist on buying shoes made in the US. Why would energy be any different? One argument for independence holds that we should pay more for energy in order to diminish our reliance on the Middle East and its treacherous ways. While that sounds nice in theory, we must remember that we do business with the Middle East in the open market. Voluntary exchanges are not zero sum, rather they are positive sum. This is an important lesson in economics. That’s the advantage of capitalism: it allows both sides to prosper while pursuing their self interest. So cutting off our current energy suppliers comes at a high price and does not coalesce with our economic best interests.

The other argument for energy independence, the ecological desire to “save the planet”, is equally dubious. Someone has to take the unpopular stand and say it: We had record cold temperatures in many American cities last winter, and many well-respected scientists doubt the thesis behind global warming. Even if global warming is happening, there is no clear evidence mankind is the cause. And even if mankind was causing the globe’s temperatures to rise, it isn’t clear that would be calamitous for us and what’s more, the solutions offered by the proponents of global warming may be worse than the problem itself. Take cap and trade for example. In the midst of a deep recession, cap and trade would substantially raise the cost of energy and shut down U.S. factories, shipping jobs to China. The only beneficiaries will be government bureaucrats who, in running the oversight and enforcement of the new environmental rules, will see their power soar and authority expand at the expense of ordinary Americans. Lyndon Johnson once said “being president is like being a jackass in a hailstorm. There’s nothing to do but stand there and take it.” Sometimes a President has to internalize that lesson. Source

One thought on “The Myth of Energy Independence”