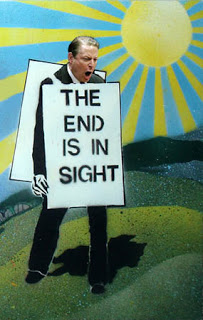 Al Gore, the former vice-president, has misrepresented the criticisms of a British High Court judge who found An Inconvenient Truth to be littered with “errors and exaggerations”.Mr Gore made the claim in Australia where he is training volunteers to campaign about climate change which he calls an imminent threat to humanity.The former vice-president shot to prominence when his documentary An Inconvenient Truth which carried the claims won an Oscar in 2006. Shortly after Mr Gore won the Nobel Peace Prize. However after a lengthy hearing the British High Court found that An Inconvenient Truth was inaccurate and contained at least nine significant errors and exaggerations.However, speaking on ABC Australia Mr Gore misrepresented the judges ruling stating: “Well, the ruling was in my favour”.In reality the judge found at least nine significant errors which “were not in line with scientific consensus” or had “no evidence” to back up his alarmism.UPDATE: UK Lawyer slams Gore’s claim!Source