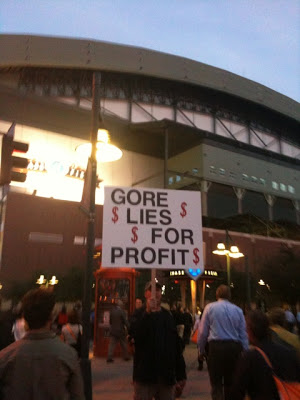 “Baroness Valerie Amos is only ‘surprised’ that Australians question climate change because ‘Her Ladyship’ would not be used to questioning from commoners back in feudal England,” Citizens Electoral Council leader Craig Isherwood said today. The new British High Commissioner to Australia, Baroness Amos told The Age on 13th November, “I have been surprised that the science itself is being questioned [in Australia] … In the UK, there is a degree of political consensus…” Mr Isherwood responded, “Her Ladyship has weighed into the climate change debate in Australia, because the British, who fabricated the fraud of man-made global warming, know they are losing. “Their tactic to get away with the fraud was to cow people into not questioning it, by screaming ‘consensus’, but it hasn’t worked. “Now, in the countdown to Copenhagen, the British and their key assets, including Kevin Rudd, are lashing out at heretics, I mean sceptics, and resorting to an all-out fear campaign around wild claims of rising sea levels, Italy running out of pasta, and so on.” A leading world authority on sea levels, Dr Nils-Axel Mörner, past president (1999-2003) of the INQUA Commission on Sea Level Changes and Coastal Evolution, has slammed the Intergovernmental Panel on Climate Change (IPCC) reports on sea levels, pointing out that he had been an expert reviewer for the IPCC in both 2000 and 2006 and when he read an IPCC report, “it had 22 authors, but none of them—none—were sea-level specialists.” In an interview with EIR magazine on 6th June 2007, Dr Mörner pointed out that from 1992 to 2002, satellite data indicated no sea level rise at all: the graph “was a straight line … no trend whatsoever.” Then in 2003, IPCC publications showed a 2.3 mm per year rising sea level trend, for the same data set! Mörner: “those people in the IPCC, choose Hong Kong, which has six tide gauges, and they choose the record of one, which gives 2.3 mm per year rise of sea level. Every geologist knows that that is a subsiding area. … That is terrible! As a matter of fact, it is a falsification of the data set.” Mr Isherwood pointed out that the intention of the British oligarchy’s climate change fraud was global population reduction, on a mass scale: “For over 200 years, since the days when the British East India Company paid Parson Thomas Malthus to write his Essay on the Principle of Population, the British oligarchy has demonised human population growth, and devised political campaigns around free trade, eugenics, and now environmentalism, to reverse the ‘threat’. “The good news is that it is the anti-population agenda which is bringing the climate change alarmists undone, because nations with the biggest populations like China and India are refusing fraudsters’ demands that they destroy their food production in order to cut carbon dioxide emissions, so the Copenhagen pow-wow is fast turning into a big non-event. “It is time to kill off this anti-human scam once and for all, and instead solve the real global crisis—the collapse of the economy—with industry and infrastructure, along the lines of the recent Russia-China agreement, so we can give humanity a future,” he concluded. Click here to read more about the fraud of global warming.

To receive a free literature pack revealing the fraud of man-made climate change, click here.
Click here to join the CEC as a member.
Click here to refer others to receive regular email updates from the Citizens Electoral Council of Australia.