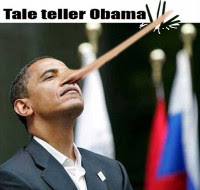 D.H. Lawrence said, ”Never trust the teller. Trust the tale.” But what happens if the tale is wrong? What happens if the teller knows or should know the tale is wrong? The key word is trust. A relationship must have trust. A society can only exist with trust. Political leaders can only succeed with trust. Trust cannot exist when an unnecessary end is reached by false means, which is happening with the US climate and energy policies.

An energy policy built on the lie that human CO2 is causing global warming is likely to fail. It is a bigger lie when CO2 is incorrectly called carbon. The policy is guaranteed to fail when proposed energy alternatives cannot fulfill needs and will cause economic slowdown, decreased competitiveness and further economic decay.

On June 26, the US House of Representatives passed a Bill titled the American Clean Energy and Security Act by a scant 219 to 212 votes. The title is misleading. It appeals to patriotism, which Samuel Johnson said is the last refuge of a scoundrel. “Clean Energy” really means without producing CO2, which incorrectly assumes it is a pollutant. Security means eliminating imported energy, but the nation is less secure with a weakened economy guaranteed under provisions of the Bill. It is more commonly, but equally incorrectly, called the Carbon Cap and Trade Bill. Carbon is not CO2 but this is only one of the deceptions. Hopefully, enough Senators will understand and reject the Bill when they vote in the fall.

President Obama frantically pushed his energy policy as resistance developed. He wrapped it in promises of green jobs; profits from industry creating renewable clean energy; a stop to “bubble or bust” economic cycles; and all at no cost to the taxpayers because “polluters” pay the bill.

His June 23 press conference had the following statement. ”This legislation will spark a clean energy transformation that will reduce our dependence on foreign oil and confront the carbon pollution that threatens our planet.”

The first two goals are possibly commendable but only necessary because of the last goal. How do you confront “carbon pollution”? What is it? At best it’s confusion about the science and at worst deliberately wrong. They’re the President’s words and his responsibility. He is aware of the impact of his words choosing them carefully when responding to questions. “Carbon pollution” is a result of politicizing climate. CO2 became carbon when “carbon credits” emerged from the Kyoto Accord. Its use expanded when evidence showed CO2 was not causing, nor ever caused, warming or climate change. It is incorrect.

A scientific definition of carbon is: the chemical element of atomic number 6, a nonmetal that has two main forms (diamond and graphite) and that also occurs in impure form in charcoal, soot, and coal.

The objective is to link CO2 with coal because it is seen as the devil itself. Witness Anthropogenic Global Warming (AGW) advocate James Hansen’s involvement with Greenpeace protesters on trial in the UK for damaging a coal burning plant.

Recently he was arrested protesting a coal processing plant in Southern West Virginia.

A scientific definition of carbon dioxide (CO2) is; a colorless, odorless gas produced by burning carbon and organic compounds and by respiration. So basically carbon is a solid and CO2 is a gas. They claim CO2 can slow heat escape from the atmosphere and an increase from human activity causes warming. It has not happened at any time and is not happening now. Carbon occurs as particles of soot in the atmosphere causing cooling by blocking sunlight. I expect them to blame soot for failure of their warming predictions.

On June 23 Obama said, ”This energy bill will create a set of incentives that will spur the development of new sources of energy, including wind, solar, and geothermal power”. These currently produce only 3.9 percent of US energy.

Wind and solar have severe limitations because they require 100 percent back up from conventional sources. They cannot replace a sufficient portion of current energy needs to supply even a dramatically reduced demand.

Obama’s said, “At a time of great fiscal challenges, this legislation is paid for by the polluters who currently emit the dangerous carbon emissions that contaminate the water we drink and pollute the air we breathe.” This is false. He incorrectly substitutes carbon for CO2 and it is not a pollutant for air or water; it occurs naturally in both. It’s true industries producing CO2 will initially pay through Cap and Trade but they will pass the costs to the consumer. A critical question is who pays when all the “polluters” are out of business?

Coal currently produces 46.8 percent of US energy. Obama identified it as his main target during the campaign. “What I’ve said is that we would put a cap-and-trade system in place that is more—that is as aggressive if not more aggressive than anybody else’s out there, so if somebody wants to build a coal-powered plant, they can, it’s just that it will bankrupt them because they’re going to be charged a huge sum for all that greenhouse gas that’s being emitted.” If they go out of business as Obama expects, the economy will collapse as industries dependent on the energy disappear. Ironically alternative energies will also suffer because the 100 percent backup they require will not be available.

Obama said, ”The nation that leads in the creation of a clean energy economy will be the nation that leads the 21st century’s global economy. That’s what this legislation seeks to achieve. It’s a bill that will open the door to a better future for this nation and that’s why I urge members of Congress to come together and pass it.” A recent study of this “green jobs strategy” shows it doesn’t work. Paul Bachman, Director of Research at the Beacon Hill Institute, one of the report’s authors wrote, “Contrary to the claims made in these studies, we found that the green job initiatives reviewed in each actually causes greater harm than good to the American economy and will cause growth to slow.”

Others have tried clean energy and green jobs without success, especially in Europe. Philippe Herzog, a French economist and founder of Confrontations Europe said, “We have not found a balance yet between the definition of European objectives [on climate change] and the implications for jobs.” The UK have already found out it doesn’t work. A study by Capgemini, a global energy consultancy firm claims that, “electricity generation has fallen to its lowest level in ten years. The shortage has been caused by the increase in the level of demand for energy combined with a growing tendency to build wind turbines, at the expense of other, more reliable, electricity sources”.

Spain was touted as the model because it led all countries in money and commitment to electricity from renewable energy. Spanish economics professor Gabriel Calzada calculates that, ”each new job entails the loss of 2.2 other jobs that are either lost or not created in other industries because of the political allocation –sub-optimum in terms of economic efficiency –of capital.”

A report from Britain about attempts to replace traditional energy with renewables notes, “Britain is already struggling to meet its ambitious target of supplying 10% of electricity needs from renewables by 2010 and 15% by 2015. Today’s figure is about 2%.” Once you realize the renewable strategy is not working how quickly can you recover?

The big question is whether the UK can act fast enough to tackle the looming crisis. Even if the government’s nuclear plans remain intact, it could be at least 10 years before the first new nuclear station is ready. A typical coal or gas-fired project could take between three and five years to construct.

Recovery potential is worse in the US because regulations extend construction time for nuclear plants and environmentalists will do everything to block coal plants. Meanwhile economies of these countries suffer even though they didn’t do anything as drastic as Obama proposes. Recovery can’t possibly occur within Obama’s first term, which may make it his last.

Will the Obama policy work any better? NO, because it is based on the same lie other countries used that CO2 is a problem and made worse by using deception of inaccurate scientific terminology. He then guarantees failure with policies that have already failed. So D. H. Lawrence was wrong in Obama’s case. You can’t trust the teller or the tale. There is no question Obama is clever but as Goethe said, “A clever man commits no minor blunders.” His climate and energy policies are blunders of devastating proportions.