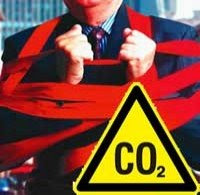 The U.S. House of Representatives narrowly passed global warming bill (219-212 vote) will no doubt be hailed by many as “historic” or “landmark” or “The Bill of the Century.”

Americans are becoming aware that the debate is not “over” as more than 700 prominent international scientists publicly dissenting, including many who are reversing their views on climate fears and declaring themselves skeptical. Americans are becoming aware that there has been no significant global warming since 1995, no warming since 1998 and global cooling for the past few years. As Kimberly Strassel of the Wall Street Journal noted in a June 26, 2009 article, the “Democrats are attempting to “quickly jam the climate bill through Congress because global warming tide is shifting.” The article noted that the “Scientific debate roaring back to life” as the “number of skeptics is swelling everywhere.”

As the Senate considers global warming cap-and-trade legislation that will raise energy prices during a massive economic downturn, curious voters will soon be asking their Senators the following basic questions:
1) What impact will this bill have on temperatures? (Answer: “Meaningless”) 2) What will the bill cost? (Answer: Trillions) 3) Why are you voting for a bill that will have huge economic impacts and harm the poor and seniors on fixed incomes the most — but will not have a measurable climate impact? 4) Why are more and more scientists publicly rejecting man-made climate fears and why has the Earth failed to warm as predicted?
The answers to the above questions will likely cause massive angst with many Democrats, particularly in rust belt states. These questions will have to be answered as all eyes turn to the U.S. Senate. But, never underestimate the ability of Congress to offer non-solutions to problems that don’t even exist.
Stay tuned…