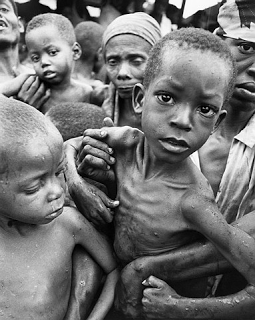 I call your attention to a new volume, “Natural Resources, the Environment, and Human Welfare,” edited by Ellen Fraenkel Paul, Fred D. Miller Jr. and Jeffrey Paul (Cambridge, 2009). This is the book version of the journal “Social Philosophy and Policy” 26.2 (Summer 2009) dedicated to “The Environment: Philosophy and Policy.” This highly regarded publication is aimed at readers in the fields of the social sciences, as well as philosophy, public policy and law. See here

My own article, “History, Politics, and Claims of Man-made Global Warming” challenges readers to consider a broad view of the natural history of the earth, the voices of scientists who do not accept the truth of an imminent climate disaster, and the dangerous political consensus that threatens us with a disaster of our own making. My article follows one by Michael Mann, “Do Global Warming and Climate Change Represent a Serious Threat to Our Welfare and Environment?” Reading the two articles in series offers readers a chance to evaluate the positions of a scientist who agrees with the climate disaster claims and thinks that aggressive political action is required, and a non-scientist who thinks that the political disaster we are creating far outstrips any human impact on the environment.

A sample from my article:

“Among people who are in the position to create and enforce government policies, however, there is a consensus that human responsibility for global warming is a settled issue, and that the task now is to implement the laws required to atone for that responsibility. This political consensus is a dangerous thing, because the remedies being proposed to mitigate the AGW predictions are breathtaking in their scope, and will have negative consequences for billions of people. This conclusion is not a matter of hypothetical computer modeling, conjecture, or percentages on a graph. The governmental actions being planned now are on a scale commensurate with socialist planned economies, and would place the very heart of industrial society-the motive power that keeps its industry beating-under the control of a labyrinthine maze of all-powerful government bureaucracies. Should these proposals be adopted, the people of the industrialized nations will be subjected to controls over minutiae of daily life on a level previously thought intolerable. It behooves policy planners, scientists and citizens alike to grasp the consequences of such policies, while they consider the shaky, disputed scientific grounds on which the calls for action are based. . . .

“The purpose of this essay is to bring into focus two crucial aspects of this issue. The first is to present a basic outline of natural history as an historical context for the AGW claims, along with the evaluations of top-rank scientists who do not accept those claims. The second is to illuminate some of the regulatory proposals that these claims have engendered, as well as the economic, political, and moral meaning of these proposals. The specific focus here will be on the Advance Notice of Proposed Rulemaking released by the U.S. Environmental Protection Agency (EPA) on July 11, 2008, along with a brief summation of its background in American and international political action. This examination should assist non-scientists in forming judgments about whether claims of man-made global climate disaster are strong enough to warrant these radical, irreversible government actions.”