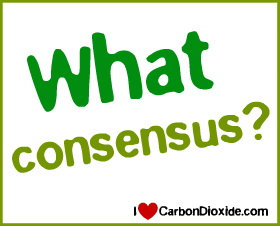 An outpouring of skeptical scientists who are members of the American Chemical Society (ACS) are revolting against the group’s editor-in-chief — with some demanding he be removed — after an editorial appeared claiming “the science of anthropogenic climate change is becoming increasingly well established.”

The editorial claimed the “consensus” view was growing “increasingly difficult to challenge, despite the efforts of diehard climate-change deniers.” The editor now admits he is “startled” by the negative reaction from the group’s scientific members.

The June 22, 2009 editorial in Chemical and Engineering News by editor in chief Rudy Baum, is facing widespread blowback and condemnation from American Chemical Society member scientists. Baum concluded his editorial by stating that “deniers” are attempting to “derail meaningful efforts to respond to global climate change.”

Dozens of letters were published on July 27, 2009 castigating Baum, with some scientists calling for his replacement as editor-in-chief.

The editorial was met with a swift, passionate and scientific rebuke from Baum’s colleagues. Virtually all of the letters published on July 27 in castigated Baum’s climate science views. Scientists rebuked Baum’s use of the word “deniers” because of the terms “association with Holocaust deniers.” In addition, the scientists called Baum’s editorial: “disgusting”; “a disgrace”; “filled with misinformation”; “unworthy of a scientific periodical” and “pap.”

One outraged ACS member wrote to Baum: “When all is said and done, and you and your kind are proven wrong (again), you will have moved on to be an unthinking urn for another rat pleading catastrophe. You will be removed. I promise.”

Baum wrote on July 27, that he was “startled” and “surprised” by the “contempt” and “vehemence” of the ACS scientists to his view of the global warming “consensus.”

“Some of the letters I received are not fit to print. Many of the letters we have printed are, I think it is fair to say, outraged by my position on global warming,” Baum wrote.

“I think it’s time to find a new editor.”

“I am appalled at the condescending attitude of Rudy Baum, Al Gore, President Barack Obama, et al., who essentially tell us that there is no need for further research—that the matter is solved.”

“Your editorial was a disgrace. It was filled with misinformation, half-truths, and ad hominem attacks on those who dare disagree with you. Shameful!”

“Baum’s remarks are particularly disquieting because of his hostility toward skepticism, which is part of every scientist’s soul. Let’s cut to the chase with some questions for Baum: Which of the 20-odd major climate models has settled the science, such that all of the rest are now discarded? […] Do you refer to ‘climate change’ instead of ‘global warming’ because the claim of anthropogenic global warming has become increasingly contrary to fact?”

“Baum’s attempt to close out debate goes against all my scientific training, and to hear this from my ACS is certainly alarming to me…his use of ‘climate-change deniers’ to pillory scientists who do not believe climate change is a crisis is disingenuous and unscientific.”

“I have very little in common with the philosophy of the Heartland Institute and other ‘free-market fanatics,’ and I consider myself a progressive Democrat. Nevertheless, we scientists should know better than to propound scientific truth by consensus and to excoriate skeptics with purple prose.”

“I take great offense that Baum would use Chemical and Engineering News, for which I pay dearly each year in membership dues, to purvey his personal views and so glibly ignore contrary information and scold those of us who honestly find these views to be a hoax.”

“However bitter you (Baum) personally may feel about CCDs (climate change deniers), it is not your place as editor to accuse them—falsely—of nonscientific behavior by using insultingly inappropriate language. […] The growing body of scientists, whom you abuse as sowing doubt, making up statistics, and claiming to be ignored by the media, are, in the main, highly competent professionals, experts in their fields, completely honorable, and highly versed in the scientific method—characteristics that apparently do not apply to you.”

“I would like to see the American Chemical Society Board ‘cap’ Baum’s political pen and ‘trade’ him to either the New York Times or Washington Post.”

[To read the more reactions from scientists to Baum’s editorial go here.]

Physicists Dr. Lubos Motl, who publishes the Reference Frame website, weighed in on the controversy as well, calling Baum’s editorial an “alarmist screed.”

“Now, the chemists are thinking about replacing this editor who has hijacked the ACS bulletin to promote his idiosyncratic political views,” Motl wrote on July 27, 2009.