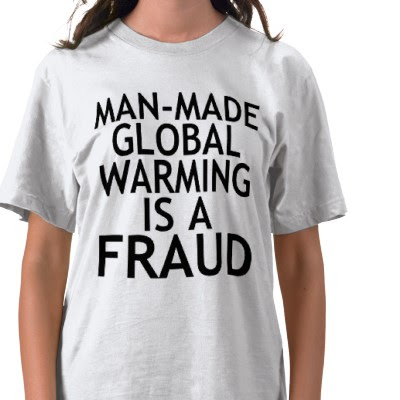 National Post Full Comment Discussion of the hacked emails from East Anglia University reinforce one thing: The IPCC process needs to be fixed
Clive Crook, senior editor of The Atlantic Monthly and former deputy editor of The Economist:

In my previous post on Climategate I blithely said that nothing in the climate science email dump surprised me much. Having waded more deeply over the weekend I take that back.

The closed-mindedness of these supposed men of science, their willingness to go to any lengths to defend a preconceived message, is surprising even to me. The stink of intellectual corruption is overpowering. And this scandal is not at the margins of the politicized Intergovernmental Panel on Climate Change process. It goes to the core of that process.

I’m also surprised by the IPCC’s response. Amid the self-justification, I had hoped for a word of apology, or even of censure. The declaration from IPCC head Rajendra Pachauri that the emails confirm all is as it should be is stunning. Good lord. This is pure George Orwell.

The IPCC process needs to be fixed, as a matter of the greatest urgency. Judith Curry, Chair, School of Earth and Atmospheric Sciences, Georgia Institute of Technology:

An open letter to graduate students and young scientists in fields related to climate research:

Based upon feedback that I’ve received from graduate students at Georgia Tech, I suspect that you are confused, troubled, or worried by what you have been reading about ClimateGate After spending considerable time reading the hacked emails and other posts in the blogosphere, I published an essay that calls for greater transparency in climate data and other methods used in climate research.

What has been noticeably absent so far in the ClimateGate discussion is a public reaffirmation by climate researchers of our basic research values: the rigours of the scientific method (including reproducibility), research integrity and ethics, open minds, and critical thinking. Under no circumstances should we ever sacrifice any of these values; the Climatic Research Unit emails, however, appear to violate them.

My motivation for communicating on this issue in the blogosphere comes from emails that I received from Georgia Tech graduate students and alums. I post the content of one of the emails here:

I am a young climate researcher and have been very troubled by the emails that were released from CRU. Your statement represents exactly how I have felt as I slowly enter this community. The content of some of the emails literally made me stop and wonder if I should continue with my PhD applications for fall 2010, in this science. I was so troubled by how our fellow scientists within the climate community have been dealing with opposing voices (on both sides). I hope we can all learn from this and truly feel that we are going to need voices like yours to fix these problems in the coming months and years.
If climate science is to uphold core research values and be credible to public, we need to respond to any critique of data or methodology that emerges from analysis by other scientists. Ignoring skeptics coming from outside the field is inappropriate; Einstein did not start his research career at Princeton, but rather at a post office. I’m not implying that climate researchers need to keep defending against the same arguments over and over again. Scientists claim that they would never get any research done if they had to continuously respond to skeptics. The counter to that argument is to make all of your data, metadata, and code openly available. Doing this will minimize the time spent responding to skeptics; try it! Mike Hulme, climate scientist, University of East Anglia:

The tribalism that some of the leaked emails display is something more usually associated with social organization within primitive cultures; it is not attractive when we find it at work inside science.

It is also possible that the institutional innovation that has been the IPCC has run its course. Yes, there will be another IPCC report but for what purpose? The IPCC itself, through its structural tendency to politicize climate change science, has perhaps helped to foster a more authoritarian and exclusive form of knowledge production — just at a time when a globalizing and wired cosmopolitan culture is demanding of science something much more open and inclusive. Matthew Davidson in The Tech, MIT’s oldest and largest newspaper:

These communications reveal a trail of manipulation and concealment of data that would not support the theory of anthropogenic global warming. This is shameful and cannot be ignored by the scientific community. This corruption must be investigated and the individuals responsible must be tried for any illegal acts committed. Bob Ward, director of policy and communications at the Grantham Research Institute on Climate Change and the Environment at the London School of Economics:

The only way of clearing the air now would be through a rigorous investigation. I have sympathy for the climate researchers at the University of East Anglia and other institutions who have been the target of an aggressive campaign by so-called ‘sceptics’ over a number of years. But I fear that only a thorough investigation could now clear their names. Stephen J. Dubner, co-author of Freakonomics:

If you are a fan of science, this is a pretty grim day. If you are a fierce partisan on either side of the global-warming issue, you are either gnashing your teeth or clicking your heels. If you are a government official heading to Copenhagen soon for the climate summit, you are probably wondering what the hell you’re supposed to think now.