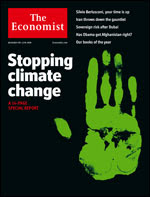 “Future generations will wonder in bemused amazement that the early 21st century’s developed world went into hysterical panic over a globally averaged temperature increase of a few tenths of a degree, and, on the basis of gross exaggerations of highly uncertain computer projections combined into implausible chains of inference, proceeded to contemplate a roll-back of the industrial age.”
— MIT Professor Richard Lindzen, PhD, Atmospheric Science

“On such (climate) models we are supposed to wager trillions of dollars—and substantially diminished freedom.”–George F. Will, syndicated columnist, Washington Post

Long ago I took one science course in college because it was required, not because I had any great interest in science. The course was zoology and only my end of semester paper on raccoons, an assigned subject, avoided a failing grade. To this day, more than fifty years later, I still recall that its Latin name was Procyon lotar.

I cite this to indicate that anyone can learn science. It is neither mysterious, nor arcane. To some it is an intoxicating, powerful search for new understanding and new truth that becomes a lifelong pursuit, but even someone with no particular aptitude can grasp its fundamentals with a minimum of effort.

Why, then, do men entrusted with explaining the world to us, the reporters and editors of respected journals, resolutely refuse to embrace the truths that science offers in favor of the man-made myths intended to influence public opinion and policy?

Why do otherwise educated and apparently intelligent men publish a magazine like The Economist and put on its cover “Stopping Climate Change”, about a 14-page “special report”?

This is an astonishingly stupid headline. Even a child knows you cannot “stop” climate change. None of the more than six billion people on Earth can “stop” climate change because one of the definitions of change is “to become different” and a planet that has existed for 4.5 billion years has passed through many changes long before the first appearance of Homo sapiens.

Imagine a child saying, “Make it stop snowing” or “make the Sun come out.” But there are more than 16,500 men and women this very day who are gathered in Copenhagen, Denmark at a “Climate Change” conference based entirely on lies that defy simple truths about how the Earth functions.

Unless one was determined upon a willful ignorance of those truths, the vast body of lies that continue to be reported would and should sink beneath the weight of real science, legitimate science, not the computer model inventions that conveniently ignore the Medieval Warm period when temperatures were higher than they are now, a time when Chaucer (1342-1400) would write of vineyards in northern England, a time well before the Industrial Revolution and the emissions of carbon dioxide (CO2) that result from the use of coal, oil, and natural gas.

It is only willful ignorance that would keep a reporter or anyone else from knowing what has been known for years, that CO2 increases over the past 300,000 years have never caused temperature rise. Indeed, the rise of CO2 always follows in the wake of a temperature increase. What is so terribly wrong about the Copenhagen conference and the Intergovernmental Panel on Climate Change sponsoring it is that its own member scientists know that too.

A week after the revelations of more than a thousand emails between the chief perpetrators of the science fraud that has since come to be called Climategate, an editor at The Economist could still write, “This newspaper believes that global warming is a serious threat, and that the world needs to take steps to try to avert it.”

Could The Economist be so uninformed, misinformed, or willfully ignorant of the commonly known fact that, despite a rise in the amount of CO2 in the atmosphere, the Earth has been in a new, natural cooling cycle for a decade?

Can all the labors of the 16,000 scientists, diplomats, politicians, and other assorted conspirators manage to ignore that fact?

Not only can they, the newest form of the fraud has emerged already and was trumpeted in the pages of The Economist, claiming beyond all credulity that the Earth’s vast “carbon sinks”, its oceans, forests and all vegetation, are unlikely to be able to “absorb” all the CO2 being produced by that most horrid of all creatures, human beings.

The IPCC should be disbanded as a threat to mankind. The EPA should be required by Congress to produce scientific proof that CO2 is a “pollutant” to be regulated. It cannot!

The people attending the conference should be run out of Copenhagen as if peasants were once again pursuing the monster, Frankenstein.

And The Economist, along with all the so-called scientific magazines and news outlets that have prostituted themselves to the global warming fraud, should issue an apology to their readers.

Alan Caruba writes a daily post at http://factsnotfantasy.blogspot.com. An author, business and science writer, he is the founder in 1990 of The National Anxiety Center, a clearinghouse for information about “scare campaigns” designed to influence public opinion and policy.