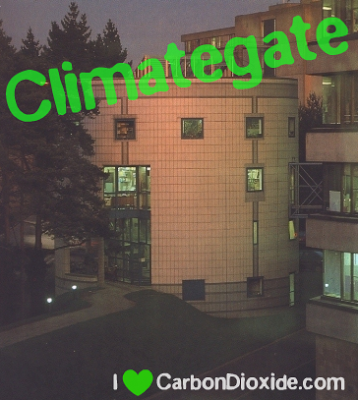 Well, this should get interesting. The Hadley Climate Research Unit in Britain was hacked yesterday, apparently by Russian black hats, and thousands of sensitive documents, including emails from climate scientists dating back a decade, were posted online. More here. Officials at Hadley, a leading global-warming research center, have apparently confirmed to an Australian a Kiwi publication that the documents are genuine. The whole affair has much of the blogosphere alight. Blogs skeptical of man-made global warming see blood in the water. Some of the old emails from scientists made public apparently make references to things like “hid[ing] the decline,” referring to global temperature series and different ways to slice and dice climate data. In all, it seems there are more than 3,000 files in the hacked folders, which have been reposted in various places on the Internet. The big Copenhagen summit had lost a lot of its appeal in recent days, as world leaders kept dialing down expectations for the climate talks. Maybe this will spice things up.Source