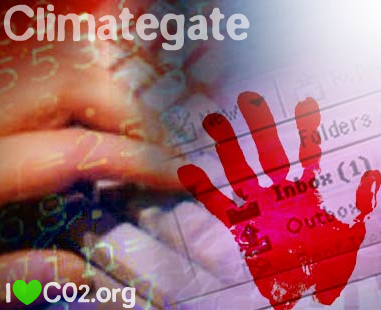 Oops! There go another two bricks, tumbling out of the IPCC wall of deceit on man-made global warming – there is not a lot left now; even the Berlin Wall (to which the AGW construct is ideologically allied) has survived better. Unhappily for Al, Phil, Michael, George and the rest of the scare-mongers, these two discredited components are among the most totemic in the AGW religion. Firstly, a new study, funded by Nasa (which may be feeling the need to rehabilitate itself post-Climategate) has revealed that the ridiculous claim in the notorious IPCC 2007 report that up to 40 per cent of the Amazon rainforest could be drastically affected by even a small reduction in rainfall caused by climate change, so that the trees would be replaced by tropical grassland, is utter nonsense. That assertion has already been exposed as derived from a single report by the environmentalist lobby group WWF. Now Dr Jose Marengo, a climate scientist with the Brazilian National Institute for Space Research and himself a member of the IPCC, says: “The way the WWF report calculated this 40 per cent was totally wrong, while (the new) calculations are by far more reliable and correct.” These calculations were done by researchers at Boston University and were published in the scientific journal Geophysical Research Letters. They used satellite data to study the drought of 2005, when rainfall fell to the lowest in living memory, and found that the rainforest suffered no significant effects. So, the rainforest scare, like the Himalayan glaciers panic, is garbage. A further encouraging feature of this development is that genuine scientists are increasingly becoming emboldened to challenge the IPCC’s junk science: the Academy is beginning to reassert its integrity. AGW without withered rainforests is Hamlet without the prince. It was one of those emotive claims much invoked by priggish children in the voice-overs of nanny-state “green” commercials, lecturing their elders on the stewardship of the planet. An even bigger tear-jerker was the plight of polar bears, bolstered by carefully cropped photographs of lonely bears stranded on fast-melting icebergs, doomed to extinction. That is the second brick that has fallen out of the IPCC wall. The official legend is that polar bears are threatened with extinction by global warming. The IUCN Polar Bear Specialist Group, which has bought into global warming in a big way, has claimed that, of the 19 sub-populations of polar bears (13 of them in Canada, home to 60 per cent of polar bears), eight are declining, three are stable, one is increasing and there is insufficient data on the remaining seven. Of the eight allegedly declining populations, two of them, including Baffin Bay, are non-contentious: sceptics concede that the two sub-populations, representing 16.4 per cent of the bear population, are declining – but in both regions the temperatures have actually fallen, so warming is an irrelevant issue. H Sterling Burnett, senior fellow at the National Center for Policy Analysis, has pointed out that in two regions where the population is growing – the Bering Strait and the Chukchi Sea – air temperatures have risen. So polar bears appear to thrive on warming – as scientists claim they did during the Mediaeval Warm Period 1,000 years ago and the Holocene Climate Optimum 5,000-9,000 years ago. Warmists contest the Chukchi Sea claim, insisting the population there is declining, though they concede illegal hunting by Russians is a factor. Closer reading of their literature, however, reveals some interesting semantics. For example, the Southern Beaufort Sea is listed as an area of decline, on the basis of a fall in cub survival rates and a reduction in the weight and skull size of adult males, which was also observed elsewhere, prior to population decline. So this is a prediction rather than an accomplished fact – just like global warming itself. The bottom line is the actual statistics, conceded even by warmists: since 1970 the world’s polar bear population has “declined” from 5,000 to 25,000. Some of us would term that a quintupling, but obviously we do not share the same mathematical skills as those who predicted the imminent loss of the Himalayan glaciers. The IPCC and the whole scam it promotes is now irreversibly on the slide. If you have no devastated rainforests and those pesky polar bears keep on doing what polar bears do on cold Arctic nights, you have lost the schoolchildren – and they were almost the last supporters of man-made global warming.