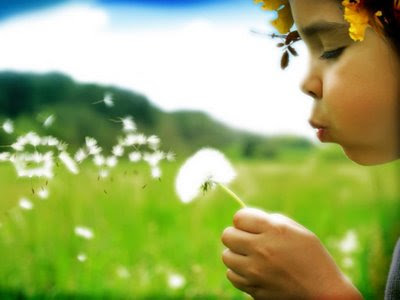 Carbon Dioxide (CO2) is Not Pollution

“CO2 for different people has different attractions. After all, what is it? – it’s not a pollutant, it’s a product of every living creature’s breathing, it’s the product of all plant respiration, it is essential for plant life and photosynthesis, it’s a product of all industrial burning, it’s a product of driving – I mean, if you ever wanted a leverage point to control everything from exhalation to driving, this would be a dream. So it has a kind of fundamental attractiveness to bureaucratic mentality.” – Richard S. Lindzen, Ph.D. Professor of Atmospheric Science, MIT

Carbon Dioxide (CO2) is not pollution and Global Warming has nothing to do with pollution. The average person has been misled and is confused about what the current Global Warming debate is about, greenhouse gases. None of which has anything to do with air pollution. People are confusing Smog, Carbon Monoxide (CO) and the pollutants in car exhaust with the life supporting, essential trace gas in our atmosphere, Carbon Dioxide (CO2). Pollution is already regulated under the Clean Air Act and regulating Carbon Dioxide (CO2) will do absolutely nothing to make the air you breath “cleaner”. Regulating Carbon Dioxide (CO2) emissions through either ‘Carbon Taxes’ or ‘Cap and Trade’ policies will cause energy prices (electricity, gasoline, diesel fuel, propane, heating oil ect…) to skyrocket.

“CO2 is not a pollutant. In simple terms, CO2 is plant food. The green world we see around us would disappear if not for atmospheric CO2. These plants largely evolved at a time when the atmospheric CO2 concentration was many times what it is today. Indeed, numerous studies indicate the present biosphere is being invigorated by the human-induced rise of CO2. In and of itself, therefore, the increasing concentration of CO2 does not pose a toxic risk to the planet.” – John R. Christy, Ph.D. Professor of Atmospheric Sciences, University of Alabama

“Carbon dioxide is not a pollutant but a naturally occurring, beneficial trace gas in the atmosphere. For the past few million years, the Earth has existed in a state of relative carbon dioxide starvation compared with earlier periods. There is no empirical evidence that levels double or even triple those of today will be harmful, climatically or otherwise. As a vital element in plant photosynthesis, carbon dioxide is the basis of the planetary food chain – literally the staff of life. Its increase in the atmosphere leads mainly to the greening of the planet. To label carbon dioxide a “pollutant” is an abuse of language, logic and science.” – Robert M. Carter, Ph.D. Professor of Environmental and Earth Sciences, James Cook University

“Carbon dioxide is not a pollutant. On the contrary, it makes crops and forests grow faster. Economic analysis has demonstrated that more CO2 and a warmer climate will raise GNP and therefore average income. It’s axiomatic that bureaucracies always want to expand their scope of operations. This is especially true of EPA, which is primarily a regulatory agency. As air and water pollution disappear as prime issues, as acid rain and stratospheric-ozone depletion fade from public view, climate change seems like the best growth area for regulators. It has the additional glamour of being international and therefore appeals to those who favor world governance over national sovereignty. Therefore, labeling carbon dioxide, the product of fossil-fuel burning, as a pollutant has a high priority for EPA as a first step in that direction.” – S. Fred Singer, Ph.D. Professor Emeritus of Environmental Sciences, University of Virginia

“Carbon and CO2 (carbon dioxide) are fundamental for all life on Earth. CO2 is a colorless, odorless, non-toxic gas. CO2 is product of our breathing, and is used in numerous common applications like fire extinguishers, baking soda, carbonated drinks, life jackets, cooling agent, etc. Plants’ photosynthesis consume CO2 from the air when the plants make their carbohydrates, which bring the CO2 back to the air again when the plants rot or are being burned.” – Tom V. Segalstad, Ph.D. Professor of Environmental Geology, University of Oslo

“To suddenly label CO2 as a “pollutant” is a disservice to a gas that has played an enormous role in the development and sustainability of all life on this wonderful Earth. Mother Earth has clearly ruled that CO2 is not a pollutant.” – Robert C. Balling Jr., Ph.D. Professor of Climatology, Arizona State University

“Many chemicals are absolutely necessary for humans to live, for instance oxygen. Just as necessary, human metabolism produces by-products that are exhaled, like carbon dioxide and water vapor. So, the production of carbon dioxide is necessary, on the most basic level, for humans to survive. The carbon dioxide that is emitted as part of a wide variety of natural processes is, in turn, necessary for vegetation to live. It turns out that most vegetation is somewhat ‘starved’ for carbon dioxide, as experiments have shown that a wide variety of plants grow faster, and are more drought tolerant, in the presence of doubled carbon dioxide concentrations. Fertilization of the global atmosphere with the extra CO2 that mankind’s activities have emitted in the last century is believed to have helped increase agricultural productivity. In short, carbon dioxide is a natural part of our environment, necessary for life, both as ‘food’ and as a by-product.” – Roy Spencer, Ph.D. Meteorology

“I am at a loss to understand why anyone would regard carbon dioxide as a pollutant. Carbon dioxide, a natural gas produced by human respiration, is a plant nutrient that is beneficial both for people and for the natural environment. It promotes plant growth and reforestation. Faster-growing trees mean lower housing costs for consumers and more habitat for wild species. Higher agricultural yields from carbon dioxide fertilization will result in lower food prices and will facilitate conservation by limiting the need to convert wild areas to arable land.” – David Deming, Ph.D. Professor of Geology and Geophysics, University of Oklahoma

“Carbon dioxide is not a pollutant. It is a colorless, odorless trace gas that actually sustains life on this planet. Consider the simple dynamics of human energy acquisition, which occurs daily across the globe. We eat plants directly, or we consume animals that have fed upon plants, to obtain the energy we need. But where do plants get their energy? Plants produce their own energy during a process called photosynthesis, which uses sunlight to combine water and carbon dioxide into sugars for supporting overall growth and development. Hence, CO2 is the primary raw material that plants depend upon for their existence. Because plants reside beneath animals (including humans) on the food chain, their healthy existence ultimately determines our own. Carbon dioxide can hardly be labeled a pollutant, for it is the basic substrate that allows life to persist on Earth.” – Keith E. Idso, Ph.D. Botany

“Atmospheric CO2 is required for life by both plants and animals. It is the sole source of carbon in all of the protein, carbohydrate, fat, and other organic molecules of which living things are constructed. Plants extract carbon from atmospheric CO2 and are thereby fertilized. Animals obtain their carbon from plants. Without atmospheric CO2, none of the life we see on Earth would exist. Water, oxygen, and carbon dioxide are the three most important substances that make life possible. They are surely not environmental pollutants.” – Arthur B. Robinson, Ph.D. Professor of Chemistry

Obama: “Cap & Trade Will Cause Electricity Rates to Skyrocket”

One thought on “CO2 IS LIFE”