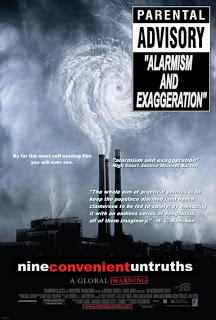 In describing the book Climate Cover-Up: The Crusade to Deny Global Warming, by James Hoggan with Richard Littlemore, Stephen Hume disseminates the idea that a conspiracy of special interests has waged a PR campaign against scientific claims of anthropogenic (human-caused) global warming. My first reaction was, “He must be joking.” Never in history has a scientific subject received such favourable acceptance from the media. Indeed, AGW skeptics are regarded as crackpots and “deniers.”The problem with AGW is that the climate isn’t sticking to the script laid out by the models prepared by global-warming enthusiasts. The Earth is getting colder, not warmer.This is not data from some PR arm of the oil industry but from the four agencies that track global temperatures: the Hadley Climate Research Unit in Britain, the NASA Goddard Institute for Space Studies in New York City, the Christy Group at the University of Alabama and Remote Sensing Systems in California. All agree that the Earth’s temperature cooled in 2007 by 0.7 degrees C., the fastest drop on record. There has been no warming for the last nine years.To characterize legitimate scientists who don’t blindly accept global warming as gospel as perpetrators of a PR campaign does a grave disservice to honest debate.For more technical information on solar activity, check out the website http://wattsupwiththat.com. And, for great insight into how global cooling can be significantly more dangerous to humans than global warming, I recommend the book Cool It, by Bjorn Lomborg.Dick DraperWhistler

One thought on “Confoundingly, the climate isn't sticking to the script”