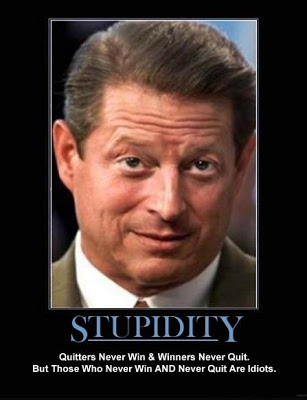 By The Cobourg Skeptic
In the 3 months before the December Copenhagen Climate Change Conference, there are three things that will determine what will happen there: 1) Will the U.S. implement Cap & Trade? It looks likely that any action will at least be after the Conference – the U.S. bill is currently stalled in the senate. And given the reaction to the Health bill, it seems unlikely that the Climate Change bill will ever get passed. If it doesn’t, other countries will be reluctant to damage their economy and let the U.S. over-run them (economically).

2) Will anyone listen to the growing number of skeptical scientists? Even though it’s not scientifically significant, actual cooling in the next month or so could easily make a difference to attitudes. And skeptics are not giving up – a parallel alternative conference will be staged in Copenhagen which should get at least some press time. As the organizers put it – if you don’t agree with the main-stream you get no funding. More here

3) As one of the biggest emitters of CO2 and the country with the biggest population, will China join the crowd and “sign-on”? This looks increasingly unlikely. According to an article in the Energy Tribune which quotes Chinese sources, Chinese scientists have found ”no solid scientific evidence to strictly correlate global temperature rise and CO2 concentrations”. Further they say “some geologists believe that global temperature is related to solar activities and glacial periods. At least human activity is not the only factor to cause the global temperature increase. Up to now not a single scientist has figured out the weight ratio of each factor on global temperature change.” If there are to be any quotas, China makes a case for a cumulative limit so that they can get to the same level of development that the western countries currently enjoy. Since statements like these must be approved by the Chinese Government, it is extremely unlikely that China will make any commitment at the Copenhagen conference that puts them at an economic disadvantage. And why should they? A doubtful science coupled with an expectation that new economies should make up for historical emitters does not make a good case for them to sign-on. And although they are less clear on their intentions, India is also unlikely to sign-on. They (and African countries) seem intent on pushing for multi-billion dollar aid from “rich countries” for green projects or compensation for expected effects. Looks like the Copenhagen conference is heading for a disaster – although the press and politicians will no doubt call it a success.Source