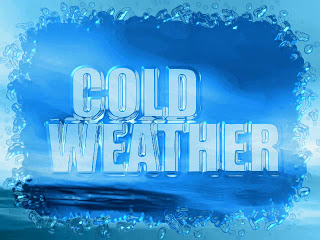 By Christopher Booker
For the second time in little over a year, it looks as though the world may be heading for a serious food crisis, thanks to our old friend “climate change”. In many parts of the world recently the weather has not been too brilliant for farmers. After a fearsomely cold winter, June brought heavy snowfall across large parts of western Canada and the northern states of the American Midwest. In Manitoba last week, it was -4ºC. North Dakota had its first June snow for 60 years.There was midsummer snow not just in Norway and the Cairngorms, but even in Saudi Arabia. At least in the southern hemisphere it is winter, but snowfalls in New Zealand and Australia have been abnormal. There have been frosts in Brazil, elsewhere in South America they have had prolonged droughts, while in China they have had to cope with abnormal rain and freak hailstorms, which in one province killed 20 people.None of this has given much cheer to farmers. In Canada and northern America summer planting of corn and soybeans has been way behind schedule, with the prospect of reduced yields and lower quality. Grain stocks are predicted to be down 15 per cent next year. US reserves of soya – used in animal feed and in many processed foods – are expected to fall to a 32-year low.In China, the world’s largest wheat grower, they have been battling against the atrocious weather to bring in the harvest. (In one province they even fired chemical shells into the clouds to turn freezing hailstones into rain.) In north-west China drought has devastated crops with a plague of pests and blight. In countries such as Argentina and Brazil droughts have caused such havoc that a veteran US grain expert said last week: “In 43 years I’ve never seen anything like the decline we’re looking at in South America.”In Europe, the weather has been a factor in well-below average predicted crop yields in eastern Europe and Ukraine. In Britain this year’s oilseed rape crop is likely to be 30 per cent below its 2008 level. And although it may be too early to predict a repeat of last year’s food shortage, which provoked riots from west Africa to Egypt and Yemen, it seems possible that world food stocks may next year again be under severe strain, threatening to repeat the steep rises which, in 2008, saw prices double what they had been two years before. There are obviously various reasons for this concern as to whether the world can continue to feed itself, but one of them is undoubtedly the downturn in world temperatures, which has brought more cold and snow since 2007 than we have known for decades. Three factors are vital to crops: the light and warmth of the sun, adequate rainfall and the carbon dioxide they need for photosynthesis. As we are constantly reminded, we still have plenty of that nasty, polluting CO2, which the politicians are so keen to get rid of. But there is not much they can do about the sunshine or the rainfall. It is now more than 200 years since the great astronomer William Herschel observed a correlation between wheat prices and sunspots. When the latter were few in number, he noted, the climate turned colder and drier, crop yields fell and wheat prices rose. In the past two years, sunspot activity has dropped to its lowest point for a century. One of our biggest worries is that our politicians are so fixated on the idea that CO2 is causing global warming that most of them haven’t noticed that the problem may be that the world is not warming but cooling, with all the implications that has for whether we get enough to eat. It is appropriate that another contributory factor to the world’s food shortage should be the millions of acres of farmland now being switched from food crops to biofuels, to stop the world warming, Last year even the experts of the European Commission admitted that, to meet the EU’s biofuel targets, we will eventually need almost all the food-growing land in Europe. But that didn’t persuade them to change their policy. They would rather we starved than did that. And the EU, we must always remember, is now our government – the one most of us didn’t vote for last week.
Source