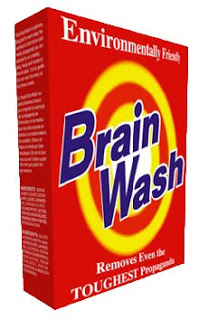 President Obama, speaking in Pittsburgh June 2, vowed to find the votes to pass the dead-on-arrival cap-and-tax bill first introduced by Sens. Kerry and Lieberman. The Gulf Coast oil spill, he said, has shown us the need to “aggressively” seek a clean energy future.Tying the catastrophic oil spill to possible future climate change falls under the dictum of not letting a good crisis go to waste. Even though oil drilling is one of the safest forms of oil extraction, and that deepwater oil drilling is still relatively new and on a continual learning curve, Obama is determined to rip the country off our oil addiction and put everyone in a wind-powered vehicle.Reiterating his almost obsessive desire to tax us from cradle to grave, Obama stated, “The only way to do that is by finally putting a price on carbon pollution.” This despite that the cap-and-tax bill is stuck in the Senate and will remain there as long as public opinion is firmly rooted in reality and keeps saying no to further energy increases.Realizing he has until November 2010 to get this done, when a mass-exodus of Democrats will likely be leaving Congress by choice or design, Obama is ready to pull a rabbit from his magical hat by reinterpreting the constitution and ramming legislation through. He noted that the House of Representatives had already “passed a climate change bill”, which sounds eerily familiar for it was his one-note prelude before passing the Healthcare bill into law.”The next generation will not be held hostage to energy sources from the last century,” said Obama. As survey after survey has shown, no one is in the throes of Stockholm syndrome or inclined to pay more for unreliable “clean” energy. The combustion engine brought many in the world out of poverty and ushered in an age of unfathomable invention and non-linear thinking.The only persons whining about our use of fossil fuel, and doing it loudly and unsparingly, are narrow-minded politicians, Pollyanna-ish green-gooders, and environmental religious groups. Dogma has now replaced science; rhetorical flourishes have now replaced sound judgment.Sadly, Obama is already saying that the Gulf oil disaster could be the result of “human error — or corporations taking dangerous shortcuts that compromised safety.” If this sounds like the TV show Jeopardy, it’s because Obama created a presidential commission to find the answer. Will anyone be surprised if the commission’s results are an Obama-styled self-fulfilling prophesy?Keep in mind that this disaster happened under Obama’s watch. The people in charge of the Minerals Management Service (MMS), which oversees offshore oil drilling and royalties, is run by Interior Secretary Ken Salazar, an Obama appointee. If Salazar was unable to clean up the MMS’s cozy relationship with the oil companies, and do it in a timely fashion since he was appointed, then Salazar should be quickly dispersed.Blaming the Bush/Cheney administration is getting tiresome and people can see right through the charade. Anyone who has ever worked in any kind of company knows that personnel changes take a month or two, not a year and a half. That’s just being lazy and overlooking the obvious problems of your underlings and policies.Cleaning up the MMS doesn’t need an act of Congress. It needed a Secretary of the Interior who knew what he was doing from the get-go. And a president who didn’t wait two weeks to actually visit the Gulf Coast. Who has their boot on the neck of Salazar?”We also have to acknowledge that an America run solely on fossil fuels should not be the vision we have for our children and grandchildren,” said Obama. This amazing statement of hubris, telling the American people what their vision should be, is nothing new. He used the same rationale with healthcare reform and illegal immigration. Now he’s prepping us again for climate change taxation.As Chief of Staff Rahm Emanuel once said, “You never want a serious crisis to go to waste.”Source