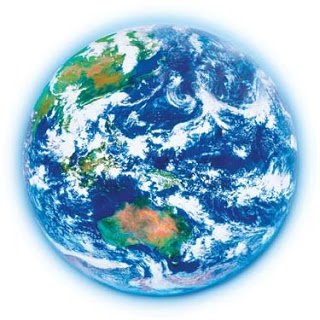 No one knows exactly how much Earth’s climate will warm due to carbon emissions, but a new study this week suggests scientists’ best predictions about global warming might be incorrect. The study, which appears in Nature Geoscience, found that climate models explain only about half of the heating that occurred during a well-documented period of rapid global warming in Earth’s ancient past. The study, which was published online today, contains an analysis of published records from a period of rapid climatic warming about 55 million years ago known as the Palaeocene-Eocene thermal maximum, or PETM. “In a nutshell, theoretical models cannot explain what we observe in the geological record,” said oceanographer Gerald Dickens, a co-author of the study and professor of Earth science at Rice University. “There appears to be something fundamentally wrong with the way temperature and carbon are linked in climate models.” During the PETM, for reasons that are still unknown, the amount of carbon in Earth’s atmosphere rose rapidly. For this reason, the PETM, which has been identified in hundreds of sediment core samples worldwide, is probably the best ancient climate analogue for present-day Earth. In addition to rapidly rising levels of atmospheric carbon, global surface temperatures rose dramatically during the PETM. Average temperatures worldwide rose by about 7 degrees Celsius — about 13 degrees Fahrenheit — in the relatively short geological span of about 10,000 years. Many of the findings come from studies of core samples drilled from the deep seafloor over the past two decades. When oceanographers study these samples, they can see changes in the carbon cycle during the PETM. “You go along a core and everything’s the same, the same, the same, and then suddenly you pass this time line and the carbon chemistry is completely different,” Dickens said. “This has been documented time and again at sites all over the world.” Based on findings related to oceanic acidity levels during the PETM and on calculations about the cycling of carbon among the oceans, air, plants and soil, Dickens and co-authors Richard Zeebe of the University of Hawaii and James Zachos of the University of California-Santa Cruz determined that the level of carbon dioxide in the atmosphere increased by about 70 percent during the PETM. That’s significant because it does not represent a doubling of atmospheric carbon dioxide. Since the start of the industrial revolution, carbon dioxide levels are believed to have risen by about one-third, largely due to the burning of fossil fuels. If present rates of fossil-fuel consumption continue, the doubling of carbon dioxide from fossil fuels will occur sometime within the next century or two. Doubling of atmospheric carbon dioxide is an oft-talked-about threshold, and today’s climate models include accepted values for the climate’s sensitivity to doubling. Using these accepted values and the PETM carbon data, the researchers found that the models could only explain about half of the warming that Earth experienced 55 million years ago. The conclusion, Dickens said, is that something other than carbon dioxide caused much of the heating during the PETM. “Some feedback loop or other processes that aren’t accounted for in these models — the same ones used by the IPCC for current best estimates of 21st Century warming — caused a substantial portion of the warming that occurred during the PETM.”Source