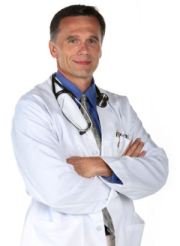 Globalis Warmanitis is a serious disease infecting hundreds of millions. The symptoms start slowly, even one or two of the early warning signs are cause for concern. If you have a family member or friend experiencing these symptoms, act quickly and get professional medical attention. They could be the result of early onset Globalis Warmanitis. Symptoms should be treated as an emergency, as the progress of the disease is rapidly approaching a tipping point. Serious end stage physical symptoms have been reported, including; dizzyness, blurred vision, urge to paint protest signs, hysteria, hot flashes, confusion, dementia, spontaneous nudity (leading to frostbite) and eventually psychosis. If you have any of these early warning symptoms, please contact The Air Vent immediately for guidance. All inquiries are kept 100 % public, guidance will be handled in a tough love manner by Dr. Id – B.S….M.D.

End stage symptoms include: 1. Belief in the unbiased truth of government funded science. 2. Belief that snow is a significant sign of global warming 3. Belief that drops in global temperature are falsified by the guys drawing the squiggly lines. 4. The absolute knowledge that every credible scientist believes in CO2 global warming 5. A deep warm feeling that the UN IPCC has our best interests at heart 6. Knowledge of the complex science which shows that the sun does NOT heat the earth. 7. Belief that big energy wants global warming to go away, because sales of expensive renewable energy are not in their best interest. 8. Understanding the reasons why Al Gore deserved his Nobel Prize. 9. Belief that legislation of the right kind can regulate global temperature. 10. The belief that the earth has remained at the same temperature, unchanged for thousands of years. If you, your family or friends are experiencing any of these symptoms, take heart because Dr. Id – B.S.M.D is here to help. Together we can stop this pandemic before it’s too late.Source by Jeff Id

One thought on “Globalis Warminitis”