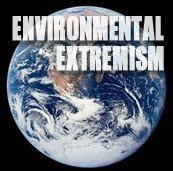 “The environmental movement has to be outlawed, because their policies have murdered 40 million people, mainly children, with the ban on DDT. They have caused mass starvation and food riots with their nonsensical drive for bio-fuels. The forces of darkness in the environmental movement want create a new dark age in which humanity is pushed back to the Stone Age and without the right to light a fire.” – Lord Christopher Monckton

Yesterday, Dr. Arthur Robinson, Director of the Oregon Institute of Science and Medicine and the originator of the petition against Al Gore’s global warming hoax which as of now 32,000 scientists have signed, told the 2nd International Conference on Climate Change, that the people like Al Gore who promote global warming alarmism are committing genocide by the withdrawal of technology from the developing world. Speaking at the conference hosted by the Heartland Institute in New York City, he said, “there is a current example of genocide by the removal of technology, and that is the ban on DDT, and that has resulted in the deaths of 30 to 40 million people and has left half a billion infected with malaria.”

Dr. Lindzen said that “the process of co-opting science on behalf of a political movement has had an extraordinarily corrupting influence on science—especially since the issue has been a major motivation for funding. Most funding for climate would not be there without this issue. And, it should be added, most science funded under the rubric of climate does not actually deal with climate, but rather with the alleged impact of arbitrarily assumed climate change.”

Dr. Robinson also said that policies promoted by propagating alarmism, are much worse than the ban on DDT, because they will lead to rationing of energy. This rationing of energy will have the biggest impact on the Third World populations, who are trying to uplift their standard of living by the application of energy and technology. He noted, “that the billions of people who live at the lowest level of human existence will suffer greatly from the rationing of energy, and this, in turn, will lead to the death of hundreds of millions, or possibly billions.”

Vaclav Klaus, President of the Czech Republic, gave a keynote address to conference, in which he accused the European Union governments of being global warming “alarmists,” while hiding their actual intentions. “They probably do not want to reveal their true plans and ambitions—to stop economic development and return mankind several centuries back,” said Klaus. “It is evident that the climate change debate has not made any detectable progress. It reminds me of the frustration people like me felt in the communist era.”

Like Klaus, Lindzen pointed to the evil political intentions: “Once it is understood, the silliness of the whole issue becomes evident—though those who are committed to warming alarm as the vehicle for a postmodern coup d’etat will obviously try to obfuscate matters.”

In his presentation to the conference, Lord Christopher Monckton used ridicule and humor in his attack on the genocidal fraud of global warming. Monckton said, “that the global warming alarmists should be referred to as bedwetters.”

The President of the Czech Republic slams environmentalists and declares that global warming is being used as a vehicle to suppress human freedom. Watch the video:

In a world that has been proven to actually be cooling and extreme weather decreasing for over half a century, and as tens of thousands of scientists around the world and more everyday are now publicly dissenting against the man-made climate change myth, it’s becoming ever more important that high-profile leaders such as Vaclav Klaus are joining the ranks of those scientists and speaking out more often. Perhaps then we will have a chance to not only save our own freedoms here in the western world, but much more importantly we can save countless lives worldwide from the UN’s disgusting ideals.

If we limit the third world to using only the most expensive and currently inefficient forms of electricity – such as solar – we are really telling them “You can’t have electricity. You can’t develop.” It’s ridiculous that we in the western world want the poorest nations to invest in the highest priced energy, yet we all use the cheapest energy by far. I say NO, this cannot be allowed. Africa, for example, has tons of coal and oil. They have the ability and resources to lift themselves out of poverty and develop. Then, and only then, should they also consider experimenting with new technologies, once they can afford it, and once those technologies develop. As it stands now, massive amounts of land needs to be clearcut and laid aside for huge solar and bird-killing wind farms. Same with bio-fuel crops, which by the way, 1) overall end up producing more of those so-called “evil” emissions than regular fuel does, and 2) contribute to the global food crisis already happening by replacing food farmland with much larger bio-fuel farmland.

Al Gore and the herds of greenies who jump on anything that brands itself as “green” are morally repugnant to me as they have become, in my opinion, morally responsible for preventing development in the developing nations and should be held responsible for the imminent deaths of many more millions who can’t even turn on a light or heat their homes.