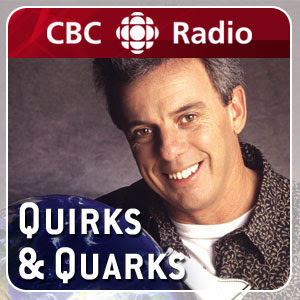 On April 24, 2009, CBC’s Quirks and Quarks blog ran a story entitled Another Blow For Climate Change Skeptics. Written by Bob McDonald, clearly an AGW alarmist, the article tries to discredit the recent cooling of the Antarctic as being a product of man-made climate change and claims it will revert to full-blown warming “within decades”.

Once again, an incredibly unscientific article full of very weak theories and classic alarmism typical of the CBC. So here’s our response:

Pollution? Maybe so, like oil spills and nuclear waste, etc, but CO2 (carbon dioxide) is NOT pollution and it is NOT at high levels. More CO2 equals more plant life and it’s been at levels over ten times higher than today, even during ice ages, and an ice age is exactly what many many many climatologists are predicting we are currently heading into due to the quietness of our sun. The planet has been cooling overall for over a full decade now, and this is not disputed. It’s simply ignored by alarmists, major green corporations, and Big Environment who are all cashing in on all the “warming” hype.

This includes Al Gore’s own “carbon credit” company, None of these people will tell you that Greenland was once green, and warmer is always better than colder for all life.

Regardless, anyone who actually believes mankind’s microscopic contribution to the already microscopic CO2 portion of the 3% of greenhouse gases in the atmosphere is causing anything but the further greening of our planet, well, is often simply a Gore-loving, human-hating, and science-ignoring alarmist. Carbon is life. It’s not something we should be restricting. However, it’s so easy to tax, unlike the sun. Now that’s what I call an inconvenient truth. And it won’t be struck down as fraudulent in court, like Al Gore’s science fiction movie was.

AGW believers are the real deniers. They seem to deny the existence of the SUN and it’s incredible affect on our planet, and they cling to their ridiculous belief that a harmless trace gas and plant food called CO2 can affect global climate changes.

Outside of the UN’s fraudulent IPCC reports (which are not approved by all their scientists and many have resigned over it), it’s clear the majority of the NON-GOVERNMENT FUNDED scientists around the world do not agree with the AGW theory. Get educated. Start here: