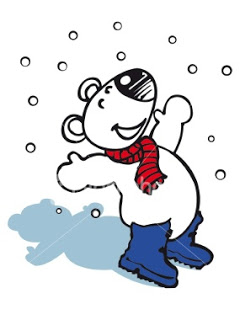 Cool The Earth, the group behind this blatant indoctrination program, is the brainchild of two Marin County parents who say they were inspired by watching Al Gore’s An Inconvenient Truth. That’s probably all you need to know, but bear with me – it gets better.

According to their website, “Cool The Earth is a ready-to-run program that educates K-8 students and their families about global warming and inspires them to take simple actions to reduce their carbon emissions.” Here’s how they describe the program’s kick-off assembly:

The Cool the Earth program launches with an all-school assembly in which an original, age-appropriate play is performed by teachers, parents and students. Characters such as Koda the polar bear, Earth and Mother Nature act out scenarios about how human activities are contributing to raising levels of carbon dioxide and giving the earth a global warming “fever.” By the end of the play, all the kids are excited to get rid of the villain, Mr. Carbon, and save the lovable Koda. The tone of the play is positive and helps kids feel empowered to take action.

I can just imagine the boos and hisses when the evil caped Mr. Carbon creeps onto the stage and the applause and cheers when the cuddly and lovable Koda is saved from his villainous intent.

And speaking of dubious intentions, program co-founder Carleen Cullen makes no attempt to conceal hers:

“Cool the Earth plants the seeds of environmental change into the minds of the people who can have the biggest impact on the planet: children. If anyone can inspire their parents to make changes, it’s their children.”

Planting seeds into children’s minds? In other words — brain washing.

And the site’s Climate 101 page, which incorrectly identifies carbon dioxide as “the most prevalent greenhouse gas,” reveals the fallacious weed they want those seeds to sprout:

“An overwhelming body of scientific evidence paints a clear picture: climate change is happening; it is caused in large part by human activity and it will have many serious and potentially damaging effects in the decades ahead. Scientists have confirmed that the greenhouse gas emissions from cars, power plants and other manmade sources—rather than natural variations in climate—are a primary cause”

It’s broken record time again, folks. As global temperatures continue to cool, alarmists are picking up both the tempo and intensity of their disinformation campaign. And public schools are a high value target. Please monitor the “science” being fed to your kids in school. And be prepared to remove any green mush that finds itself between their ears. Sit your kids down to watch and discuss the fabulous video AT’s Gregory Young features today.

And should your 7-year-old return home from school one day upset that your “carbon footprint” is killing poor Koda the polar bear, explain to the little tyke that polar bear populations have more than doubled since 1960. That warming is over, that it wasn’t caused by anything people did and never threatened polar bears. And that what he or she saw in class wasn’t real, but only make-believe.