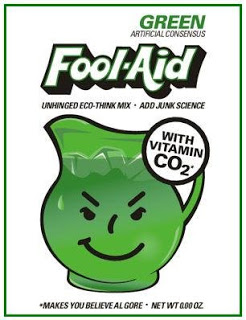 Warning! Avoid the April edition of U.S. News & World Report because it is devoted to the question, “Can America Prosper in the New Green Economy?”

What is wrong with this? For one thing, we are not in a “new Green economy” and, if the folks at U.S. News had taken time to notice, we are closing in on having no economy thanks to the stupidity of several Congresses and the deliberate effort to repeat all the errors of the successive Franklin D. Roosevelt administrations that prolonged the Great Depression for ten long years.

There is no great plethora of new Green jobs unless, perhaps, you are referring to the minimum wage jobs that involve picking up dead birds slaughtered by the wind turbines in the States that were foolish enough to think they might actually generate electricity on a scale that one good nuclear or coal-fired plant could. They can’t. They never will. They exist only because of government subsidies and the increased energy bills for consumers.

What offends me most (aside from the fact that I actually subscribed to this pathetic, knee-jerk, liberal excuse for “news”) is the way this news magazine and all of the mainstream media repeatedly fail to get the message about all things Green. It’s a SCAM.

After decades of claims that have been repeatedly debunked, these alleged news magazines are still propagating the same old Green lies. Newsweek and Time have tried to outdo one another with the scariest covers about a global warming catastrophe that never happened and never will. So, why should we expect U.S. News to step up to the plate with anything other than the same tired Green message?

The editor, Brian Kelly, revealed the real bias of the issue. “What’s changed, in a word, is Obama. The president and the tide of voters who swept him into office want a change in the way we manage energy and the environment—and to put them at the top of the country’s agenda. It looks like that will happen.”

Earth to Brian! Humans do not manage the environment! We are not in charge of the Sun, the oceans, the clouds, the volcanoes, the blizzards, the tornadoes, et cetera.

Moreover, Obama did not get elected with a huge mandate or tide of voters. The vote was separated by five percentage points, a relatively small margin. The only mandate Obama has is the one in his fevered, socialist mind.

More to the point, how can a so-called news magazine devote itself to yet another sorry Green message in the midst of the worst financial crisis this nation has experienced since the Great Depression of the 1930s? Perhaps they were too busy congratulating themselves for printing “the entire magazine on what’s called ‘manufactured carbon-neutral paper.’”

Carbon-neutral paper? Considering that paper is created from trees and those trees formerly absorbed a lot of carbon dioxide, how did the paper magically transform itself into something “neutral”? And didn’t all the emissions involved in physically transporting the trees to the paper mill, processing the pulp, then transmitting the paper to the printing plant, and applying the ink, and then transporting the magazines to be mailed or sold at newsstands not involve CO2?

I am against stupid magazines offering stupid “solutions” to non-problems like global warming or what has conveniently been dubbed climate change as if the Earth’s climate hasn’t always been in a state of change for billions of years.