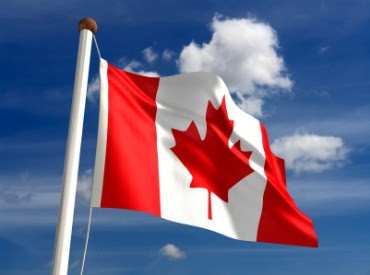 Barack Obama, on his first foreign trip as President to Canada, will then lecture the United States’ largest trading partner and source of energy imports on the need for a renewed commitment to reducing greenhouse-gas emissions. Both governments claim to be forging ahead with what’s known as a cap-and-trade system, domestically and internationally, through a successor to the Kyoto Protocol, expected to be signed later this year. In a cap-and-trade system, the government creates a top emissions level — the cap — and assigns quotas to individual sources of emissions, like utilities and factories, dictating emissions levels for each facility. A facility then must either reduce emissions to meet its quota or buy “hot air credits” from facilities that emit less than their quota. This system rations greenhouse gases (GHGs). The European experience provides a cautionary tale. There, cap-and-trade applied to GHGs was far pricier than its proponents presumed, and didn’t bring the promised emission reductions. It was all pain, no gain. Excuses for all of this are plenty, though it is inarguable that cap-and-trade is not well-suited for ubiquitous GHGs like carbon dioxide, which are not “pollutants” in any traditional sense. The attraction of adopting such a scheme is difficult to spot. Except for politicians, who like cap-and-trade because it is an indirect and non-transparent tax — they claim businesses pay for GHG reductions instead of taxpayers. Of course, people pay taxes, not businesses. As a result, voters in Europe, and even their usually timid industry, are rebelling. Cap-and-trade, the key component in the Kyoto policy mix, has demonstrably increased not only energy costs and economic uncertainty but has already sent manufacturing jobs, e. g., steel, and related construction jobs, to the United States. Europe’s failure has exposed Kyotostyle cap-and-trade as ill-suited for a problem that evidence suggests does not exist, as some people believe. Mr. Obama, eager to cast himself as the “anti-Bush,” clearly seeks to lead Prime Minister Stephen Harper toward a new, selectively “global” agreement rationing GHG emissions in, and transferring wealth away from, developed nations. Not coincidentally, this is the same thing our economic competitors both rich (Europe) and otherwise (China, India, Mexico, etc.) would like to see, too. In addition to rejecting such a rationing and wealth-transfer scheme domestically, Obama and Harper should also reject any continuance of the Kyoto process. Kyoto expressly exempts most of the world now, and, as proposed, for the future as well. It also includes certain provisions, such as a 1990 “baseline” year and the collectivizing of emissions, designed to ensure no meaningful obligations rest with any country from the Iberian Peninsula east through Russia. Instead, it transparently targets the United States, Canada and Japan to bear this cross of green. Further, our leaders might acknowledge that people are cooling to global warming. Polls show that Americans and Canadians place the issue at or very near the bottom of their list of policy priorities. Leadership can mean ignoring polls but ignoring the consequences of such policies is foolhardy and poses threats vastly greater than the theoretical results of man-made global warming. Yet Western politicians, generally, remain in thrall to the claim they are saving Mother Earth while slaking the policy thirst of a noisy, if small, mob of green campaigners. Not to mention the demands for “rents” from businesses hoping to cash in on “global warming.”

That mob will increase its pressure this year as a post-Kyoto treaty is tabled. Global warming alarmists fear the process will lose momentum, meaning that, without a false imperative of a deadline, the issue will fade away to its rightful, lower place in the policy hierarchy. This is particularly true should the planet continue cooling, a projection even some warming hawks now admit to.

Of course, it is also possible that Harper and Obama will recognize that this once plausible theory, grounded solely in computer models, has suffered badly under the past decade of observations. As such, in addition to the tremendous uncertainty of the climate science used to justify the enormous taxpayer subsidization of the global warming industry, they might also grasp the tremendous costs of “acting” while lacking evidence of climatic benefit.

A consideration of the evidence is not too much to ask, particularly in these uncertain economic times. If our leaders continue to refuse to face facts we must hold them accountable — people no longer buy into the global warming state of fear. Economic realities and scientific observations have pushed global warming off the agenda, and so should Harper and Obama.

-Christopher Horner is Senior Fellow with Competitive Enterprise Institute in Washington, D. C., and author of Red Hot Lies: How Global Warming Alarmists Use Threats, Fraud, and Deception to Keep You Misinformed.