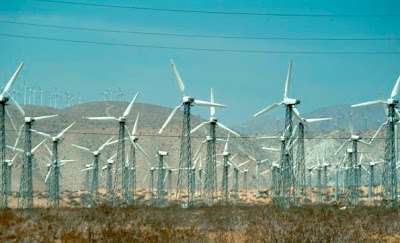 Let’s find out which you are, if either.

First there were those magnificent “green” light bulbs. You know, those long-lasting but more expensive CFL bulbs that will replace all ordinary incandescent light bulbs through coercive government mandate. (The European Union has already banned them, causing libertarians to ask, “If they’re so incredibly good why do they have to be mandated?”)

They’re environmentally friendly, but only if you don’t drop one. If a bulb hits the deck you have a mini toxic waste dump on your hands. And you get to inhale a dose of mercury vapor if you don’t immediately run, open all the windows and shut down your central forced air heating and cooling system.

Instead of broom and dustpan, cleanup Involves things like a glass jar with a metal lid, plastic bags, duct tape, wet wipes, possibly throwing clothing away and, in some states, taking a trip to your local friendly neighborhood recycling center.

Breaking a CFL bulb is an EPA event. In fact, the cleanup clues above came from the Environmental Protection Agency website.

Then there are wind farms, Dallas Billionaire T. Boone Pickens’ wet dream of millions upon millions of acres given over to row upon row of gigantic wind turbines, subsidized by billions upon billions of our taxbucks. Unfortunately, they’re almost all located miles away from places that need the electricity (like, maybe, cities?) requiring mile upon mile of new transmission lines, which lose power over distance. In reality, the generators produce and the power lines deliver tiny fractions of the juice needed for more than a third world existence. Politically connected rich people (like what’s left of the Kennedy clan) love them but won’t allow them to be built in their own backyards.

Makes one wonder how big of a backyard T. Boone has, and how many more acres will be stolen from their owners by eminent domain.

And all assurances aside, they still kill birds. How many birds, and whether it matters, depends on ideology rather than reality. Environmentalists protested in the 1970s after an oil spill off Santa Barbara that killed less than 100 birds and got most of California’s offshore drilling shut down. Meanwhile, stats show that 10,000 to 40,000 birds are killed by wind turbine blades every year.

The Green message seems to be clear: We hate big oil for killing a handful of birds so we shut them down, but we love big wind so let the killing continue. The fact that “other things” kill more birds than blower blades doesn’t change reality.

But it is big on Nitrogen trifluoride.

NF3, as it’s known, is a chemical used for cleaning microcircuits during the manufacture of consumer goodies like flat-screen TVs, iPhones, computer chips and, oh by the way, thin-film solar panels.

Ten years ago it wasn’t considered dangerous enough to make the Kyoto Protocol hit list, so manufacturers concerned about their green image have been using it like crazy. The EPA has actively encouraged its use. Now, researchers at the University of California, Irvine, say NF3 has a potential greenhouse impact “larger than even that of the world’s largest coal-fired power plants.”

Another source described NF3 as “a gas that is 17,000 times more potent than carbon dioxide in contributing to global warming.”

To most people, ideology means more than actual science when it comes to environmentalism.

One thought on “Environmentalists vs. eco-scammers”