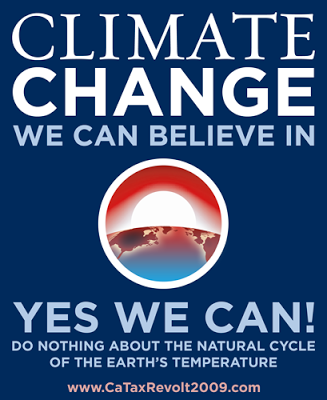 Fortunately for humanity and the civilization that sustains it, Barack Obama stayed true to his record of incompetence and failure, messing up the talks at Copenhagen. The talks have ended with nothing more than yet another agreement to meet again in a few years’ time. His last ditch instructions to Hillary Clinton, which led to her offering $100,000,000,000 of taxpayer dollars each year to nations hard hit by climate change could not band-aid the gaping gash that is the rift between developing and developed nations. The root of the conflict is very simple: curbing emissions produced in the territory of poverty-stricken nations would require them to regress to a poorer state of being. The politicians ruling over these nations recognize that such attempts would probably inspire revolts that would topple them and earn them an appointment with a noose and a lampost. In the meantime, the politicians ruling developed nations also recognize that if they allow people living in the developing nations to produce CO2, that global economic production will simply be moved to those territories. And the newly unemployed will come after the politicians who screwed them over with pitchforks. By the time Obama landed in Denmark with his entrourage of bodyguards, the conference was doomed. The failure lay in the groundwork; having failed to prioritize effectively between his desire to take over the medical industry, the financial industry, the automotive industry and the manufacturing industries, and having spent money like a drunken sailor with a fist-full of Continentals, the Obama administration was in no position to offer a credible deal of any sort. Most politicians outside the U.S. recognize that the days of U.S. hegemony are almost over. The vast welfare state and creeping state takeover of industry have emptied the U.S. treasury, and the U.S. government is having an increasingly difficult time borrowing the money it needs to meet its current obligations. Had Obama eschewed the “spend-your-way-into-prosperity” approach of George Bush, the U.S. government might have been in a position to make credible offers both to curb CO2 production. Instead, he showed up at the conference with a track record of leading a government that had no backbone, a reputation for rhetoric over substance, and a fiscal state that is laughably shaky. Moreover, he also has been consistently lying through his teeth throughout his time in office. For these reasons, no promise or offer he could make would carry serious weight. If the AGW alarmists are correct, the situation involving the production of CO2is an externality; Those who produce CO2 through economic activity gain the benefit of the wealth produced while the costs of warming are suffered by everyone. Thus, those who decide not to produce CO2 suffer, while those who engage in production gain the benefit of of the wealth they create. The proper way to handle an externality is to internalize it: to establish a regime where the people who cause ‘harm’ suffer a loss commensurate with the harm the do. This is not simple with the atmosphere. The plan favored by most alarmists, which essentially amount to requiring nearly every source of CO2 to require government permission to operate, permission that in essence controls how much CO2 is produced, are functionally equivalent to the centrally planned economies of the now defunct Soviet block. In essence they recreate the crippling economic coordination problems that Ludwig von Mises identified in Socialism. Obama seems to be oblivious to the economic collapse he is dicing with in his attempts to build a more fair world. For this reason, I am grateful for his incompetence. The socialism that he and many of the delegates in Copenhagen were advancing has a demonstrated track record of creating incredible misery particularly for the masses that are not politically connected. As a result, we are fortunate that Obama’s incompetence has postponed the AGW alarmist juggernaut. By the time the next meeting is held, the temperature trend will likely give lie to the dire alarmist predictions that gave the alarmists much of their political momentum.By Tarran