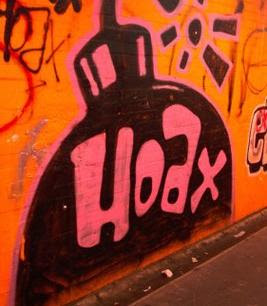 The whole notion of “global warming”, a dramatic increase in the overall temperature of the Earth, always struck me as the most absurd nonsense.

I knew enough about climate trends to know that they are subject to cycles ranging from a full-fledged ice age to the interglacial period of the past 11,000 or more years. I confess I have no idea how early hominids survived the last ice age unless most were in the warmer climes of Africa and Asia, but those in North America and Europe surely faced enormous odds.

The way the “global warming” advocates claimed daily that everything, just everything, was the result or proof of this enormous hoax always seemed to me sufficient proof that (a) they had no idea what they were talking about, (b) they were making lots of money telling these lies, or (c) had climbed on the “global warming” wagon in order to enhance their careers in some fashion.

A small group of climatologists and meteorologists waged war on the lies and they did so for a very long time. Global warming is the invention of the United Nations which launched it with the formation of the Intergovernmental Panel on Climate Change in 1988 via its Environment Program in association with its World Meteorological Organization.

Al Gore climbed on board around 1992 with his farcical book, “Earth in the Balance” in which he advocated an end to the internal combustion engine among other absurd ideas. Apparently, stupidity is no obstacle to receiving a Nobel Peace Prize as he did in 2007, sharing it with the IPCC.

One non-profit, free market think tank, The Heartland Institute, took up the challenge of debunking “global warming” despite the animus of the mainstream media and various environmental organizations that exist for no other purpose than to smear those courageous enough to challenge the hoax. The Institute is headquartered in Chicago and led by Joe Bast.

In 2008, it sponsored for the first International Conference on Climate Change, a two-day marathon of seminars led by some of the world’s leading authorities on climate, all of whom offerred scientific papers demonstrating that the IPCC and others had simply fabricated the “evidence” for “global warming.” I attended and I did so again in March of this year for the second Conference. Those newspapers and other media that covered the event devoted most of their time trying to make it look like a gathering of screwballs.

By then, however, the public had long grown weary of the many “solutions” to “global warming”, the primary one of which involved the UN Kyoto Protocol that demanded that industrial nations like America, the United Kingdom and European nations all severely limit the use of energy on the grounds that “greenhouse gas” emissions such as carbon dioxide, were causing “global warming.” The great lie of the Protocol is demonstrated in the way it exempts China, India and third world nations from participating. The other lie is that C02 plays any role in climate change. It doesn’t.

People all over the world had begun to notice that, since 1998, the world had grown cooler and, in fact, it has been in a cooling cycle. Snow fell in desert kingdoms where it never had been seen before. Glaciers were expanding along with the ice in both the Arctic and Antartcic. Polling organizations in the United States began to report that Americans increasingly felt that “global warming” wasn’t happening despite the torrent of desperate propaganda to prop up this vast deception.

On June 2nd in Washington, D.C., The Heartland Institute is sponsoring another international conference because it knows that “global warming” is being used to impose a huge tax on Americans in the form of the “Cap-and-Trade” 900-plus-page bill just voted out of a House committee. This bill requires the same limits on energy use as the UN Kyoto Protocol.

In 1997 the U.S. Senate voted unanimously against signing on to this villainous treaty, but now we have a Congress and White House controlled by Democrats who, like Al Gore, continue to lie to Americans about “global warming.”

Prepare to read and hear it slandered by the craven “journalists” who continue to report that a warming that is not happening is happening.

Among those participating will be Harrison Schmitt, PhD, a former U.S. Senator and NASA astronaut. The indominable S. Fred Singer, PhD, president of the Science and Environmental Policy Project will speak as will Willie Soon, PhD, an astrophysicist with the Harvard-Smithsonian Center for Astrophysics. Courageous men like Richard S. Lindzen, PhD, the Alfred P. Sloan Professor of Meteorology at the Massachusetts Institute of Technology, and Patrick Michaels, PhD, a senior fellow on Environmental Studies with the Cato Institute, will speak as well as Roy W. Spencer, PhD, the Principal Research Scientist at the University of Alabama, Huntsville.

This is not a full account of the distinguished speakers, but it is absolutely necessary that those in Congress hear what they have to say regarding the “global warming” hoax. If they do not, the continued destruction of our nation’s economy will continue apace and more millions in our nation’s schools will continue to be taught lies about the Earth’s climate.

It costs lots of money to underwrite the costs of these conferences and, if you have some to spare, you should donate at http://www.heartland.org/donate/index.html and become a member and supporter of this brave think tank.

In the interest of full disclosure, Heartland has in the past provided me with a small grant to continue my own work on behalf of my clearinghouse for information about “scare campaigns”, The National Anxiety Center. We too are dependent on donations to continue our work. If you know anyone who can provide a grant let them know about the Center.

We are all at a critical moment in the history of the greatest hoax of the modern era, masterminded by the United Nations and designed to do as much harm as possible to freedom-loving, industrialized nations like America.

One thought on “Paddling Furiously Against a Tide of Climate Lies”