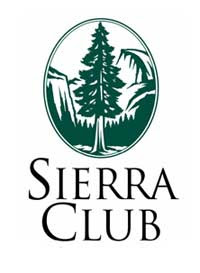 Faced with challenges, Cubans have proven to be survivors. With a meat shortage in the city, they’ve turned to raising guinea pigs in cramped urban backyards. When rural farms couldn’t provide enough food to Havana due to the lack of refrigerated transport as much as production problems, the government encouraged the cultivation of fruit and vegetable gardens in Havana’s abandoned lots. When pesticides became unavailable following the collapse of the USSR, worm bins and organic gardening were celebrated. I will never forget my trip to Cuba, the beauty of the landscape, the passion of the people for baseball, and above all, the fragility of an island country struggling to improve its quality of life in a sustainable manner.

The intermingling between the Sierra Club and Earth First! is common, according to Foreman. “The Wilderness Society and the Sierra Club regional reps were at the Northeast Earth First! Rendezvous last year,” he said in 1991. “We all work very well together.” Dale Turner, assistant editor of the Earth First! Journal, was conservation chair of the Sierra Club in Arizona at the same time. “I’m a member of the Sierra Club, the Wilderness Society and the Nature Conservancy,” says Turner. Lisa Force, a current Sierra Club board member, began her activist career with the Center for Biological Diversity — another group started by Earth First! radicals. Force was a regional coordinator for the Center, which brags on its website of instances where it has pried ranchers and their livestock from federal lands. It seems just about every Sierra Club-Earth First! base is covered — even on the lawyer front. When Boise attorney Bernie Zaleha was featured in the Club’s magazine, The Planet, in 1999, the article noted: “In an early case he defended Earth First! activists sued by a logging-road builder and learned about the movement to end commercial logging on federal lands.” The Sierra Club-Earth First! ties are especially strong in Oregon. Mick Garvin, a self-described “long-time Earth First!er,” has chaired a local Sierra Club chapter in Oregon and currently serves as Oregon Chapter Executive Committee Delegate. Garvin was also an inaugural board member of The Alliance for Sustainable Jobs and the Environment. The Alliance was co-founded by former Sierra Club executive director David Brower, and has received funding from the Club. Garvin was a leader and spokesman at Earth First!’s nearly year-long blockade and protest of timber harvests at Warner Creek in Oregon. He is also a principal in the protest group Cascadia Forest Defenders, whose website boasts: “We participate in direct action campaigns [sic], including tree-sits.” On April 12, 2002, a 22-year-old woman protesting for Cascadia Forest Defenders plummeted to her death while tree-sitting. Another integral cog in the Sierra Club-Earth First! machine is Jim Flynn, who happens to serve on the board of the Cascadia Wildlands Project alongside Mick Garvin. Flynn serves as editor of the Oregon Sierra Club’s Conifer newsletter. He is also the sole officer of Daily Planet Publishing, the corporation that produces the Earth First Journal. In 2001, the FBI-classified “terrorist” Earth Liberation Front torched the offices of an Oregon timber company, causing $400,000 in damage. The Medford, Oregon Mail Tribune interviewed area environmental leaders to gauge their views about eco-terrorism. Jim Flynn was described by the Tribune as “an Earth First! activist for 12 years.” The editor of the Sierra Club’s state magazine told the paper: “We neither condemn nor condone what ELF is doing … There is [sic]definitely some younger people growing up today who feel Earth First! doesn’t go far enough … I hope they aren’t caught. I applaud them for standing up and taking action.” The Sierra Club’s immediate past-president, Jennifer Ferenstein, has long been active with radical groups in Missoula, Montana. There she’s worked as a campaign coordinator for the Wildlands Center for Preventing Roads and the Mike Roselle-founded Ecology Center, Inc. Roselle also co-founded Earth First!, where convicted eco-terrorist Rodney Coronado recently served as editor of the Earth First! Journal. Roselle’s Ecology Center also supported the legal defenses of Coronado. In 1997, Ferenstein and Roselle spent a month trekking through the Montana backwoods looking for grizzly bears.