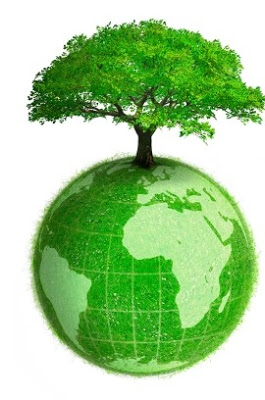 Your body is full of toxins — it’s just that the body self-regulates the amounts of all those molecules so they do no harm. Take NO, nitric oxide. If you breathe in pure NO gas you won’t last long. But if you release little bits of NO at just the right nerve endings inside the body, you get — Viagra! In fact, no NO, no sex. So we need NO to reproduce and have kids and all that. Every mammal in the worlds needs NO to make whoopie. The earth supports a stable biosphere, which swings back and forth a little bit in its basic variables, but largely ends up self-regulating quite nicely. That’s how mammals got to be 200 million years old. If the temps, air pressure or oxygen levels ever got way out of whack there would be no mammals today. Some time in the last 200 million years all the mice and tree shrews and human ancestors would have been wiped out. So there must be pretty good stability of the major biological variables like oxygen, CO2, temperature, and all that, even with the ice ages (which never covered the whole world, of course). So all the animals just migrated south when things got cold. The most obvious example of stability is the synergy between animals and plants. Stop me if you’ve heard this before, like in elementary school, but plants photosynthesize CO2 into O2, which animals breathe, and then convert back into CO2. Take a deep breath, and say thank you to the nice plants. Thank you! They are keeping you alive. Behold, Mother Gaia is all merciful!

Which is why it make sense that if you increase the amount of CO2 plant food in the world, plants and crops and tons of algae in the oceans will grow that much bigger. It’s called a self-regulating feedback loop, and it’s the only reason your body doesn’t explode from its own version of global warming. A whole lot of little thermostats are keeping you alive right now, just as they have kept the earth’s biosphere alive for half a billion years.

The global warming frauds have been screaming about the world going out of control! Because, in their fantasy computer games, CO2 triggers something else — like heat, or water vapor — which in turn increases CO2, which in turn makes it hotter all over the globe, which in turn kills everybody. That’s it. That’s why the scaremonger demagogues who are now running the EPA are declaring CO2 to be a poison — with cap and trade schemes to squeeze money out of all you suckers today, just for exhaling from both ends. And guess what! The Telegraph of the UK has just discovered that CO2 helps trees to grow bigger! And that means that more CO2 means more trees means more oxygen for you and me! CO2 looks like a self-regulating atmospheric gas. All those belching smokestacks and car engines are just making all the plants and algae grow more, which helps to soak up more CO2, etc., etc. This news should come as a bad shock to Carole Browner at the EPA. Because if it’s true, then CO2 is not an ever-accelerating greenhouse gas, and we’re not all going to be incinerated! Which would ruin the day for all the nutty ecofreaks all over the Western world, plus their political enablers, and their media con artists.

Richard Lindzen, the MIT Alfred P. Sloan Professor of Metereology, has analyzed the greenhouse gas disaster scenarios, and avers that earth temperature is self-regulating — it stabilizes automatically over time.
Here’s what he concludes:

The Bottom Line
The earth’s climate … is dominated by a strong net negative feedback. [That is, stabilizing self-regulation.] Climate sensitivity is on the order of 0.3°C, and such warming as may arise from increasing greenhouse gases will be indistinguishable from the fluctuations in climate that occur naturally from processes internal to the climate system itself.

Read the whole thing at “Watt’s up with that?” and send it to your friends who have been suckered so badly. If enough people get this, it will ruin the Democrats’ cap and trade scam and the whole Obama Hustle on the climate. And that would really be a disaster for the Left. Shock your liberal neighbors! Spread the word. And tell them to go back to school. Source

One thought on “Surprise! Trees grow bigger on CO2”