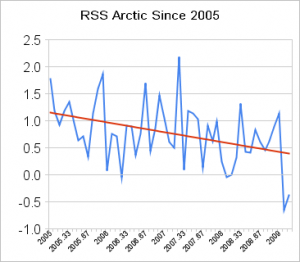 THEY went to the Arctic lamenting global warming, but ever since they got there they have been wishing for warmer weather. I have been feeling sorry for the three Brits who set off for the North Pole in February. I’m all for adventurers pushing themselves to their absolute limits but after pulling a 1,000 kg sledge all day, image having to crawling into “a frozen sleeping bag” on “a raft of sea ice” knowing there is a polar bear nearby. I guess there is always a percentage of us that feel the need to suffer for the common good. Pen Hadow, Ann Daniels and photographer Martin Hartley were dropped somewhere in Canada at the end of February to pull their fully laden sledges more than 1,000 kilometres to the North Pole. The objective of the adventure is to measure ice thickness and draw attention to the issue of global warming. I suspect that the latter objective, drawing attention to global warming, is why the team includes the photographer. Called the Catlin Expedition, it has run into unusually cold weather with a dip in Arctic temperatures over the last couple of months, but apparently temperatures are now recovering along with the spirits of the adventurers. Given the team set off concerned the planet was overheating, they could perhaps be a little happier about the recent unusually cold weather. Source

One thought on “Global Warmers Wishing For Warmer Weather”