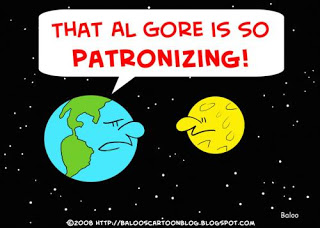 By Lorne Gunter, National Post
In 2001, the UN’s Intergovernmental Panel on Climate Change (IPCC) issued it third assessment of the research into global warming and other impending climate disasters. This is the UN report that first claimed there had been “unusual warming” in the 20th century and that man-made emissions were likely the cause. Featured prominently in that report was a hockey-stick-shaped graph showing flat temperatures for the 900 years from 1000 AD to 1900, followed by skyrocketing rises after that. The implication — that widespread industrialization had caused unprecedented heating — was so clear that the IPCC included the graph in its report in no fewer than five places. Environmentalist and politicians reproduced the graph, which had been created by scientist Michael Mann, everywhere. Then along came Canadian researchers Stephen McIntyre and Ross McKitrick. After some hen’s-teeth pulling to get Prof. Mann to release his raw data, Messrs. McIntyre and McKitrick found that 105 of 112 data sets he had used were incomplete, flawed or incorrect. For instance, while reliable temperature records for Central Europe exist back to the 1660s, Prof. Mann and his colleagues chose to use only data from 1730 onward. In at least three cases, the extra 70 years of data were contained in reports Prof. Mann had used, yet he and his co-authors declined to use them. Why? There could be several reasons, some legitimate. But one of the most likely reasons is that 1660-1730 were the coldest years of the Little Ice Age. If your goal is to produce a chart showing a calm, flat climate for 1,000 years, interrupted only by humankind’s bad influence in the last century, it helps to ignore the sharp upward and downward swings to which climate has been susceptible for thousands of years. Messrs. McIntyre and McKitrick eventually determined that Prof. Mann’s formula had been set up so that nearly any set of numbers run through it produced a hockey stick. Still, devotees of the climate-change catastrophe theory told the Canadian duo it didn’t matter: There were two other sets of climate-history data that validated the claim of rapid, dangerous temperature rise in the 20th Century. Both were by British researcher Keith Briffa, one called the Polar Urals and the other Yamal Peninsula. Both were based on tree-ring cores drilled in Russian forests. Both replicated Prof. Mann’s hockey stick. The Polar Urals quickly fell by the way, though. To produce his hockey stick using the Polar Urals, Prof. Briffa used a very small sample of the trees from which he and his colleagues had taken ring samples. When one of those colleagues released a much larger sample via the Internet, the result was a fluctuating graph — warmer than today in the Middle Ages, very cold during the Little Ice Age — with unremarkable temperatures in the 20th-century. Still undeterred, climate alarmists fell back on Prof. Briffa’s Yamal numbers. He and others have produced at least eight additional hockey-stick papers since 2000 based on the Yamal data. Two by Prof. Briffa himself received very prominent circulation in the prestigious journals Nature and Science. But despite repeated requests by Mr. McIntyre for Prof. Briffa’s raw numbers — a standard courtesy most scientific journals adhere to — not one of the peer-reviewed journals would make the British academic give up his base data so others might try to reproduce his results … that is, until he published in the Philosophical Transactions of the Royal Society last year. Their editor followed up with Prof. Briffa, who very quietly last month finally released his data nearly a decade late. Mr. McIntyre has now discovered that Prof. Briffa kept reducing the number of trees from which he used results, so that after 1990, his calculations were based on just 10 trees from the whole of his sample of scores of trees. And after 1995, they were based on just five. This Prof. Briffa justifies on the need to standardize findings to make them comparable. He may be right. But when Mr. McIntyre plugged more of Prof. Briffa’s data into the calculations, the hockey stick broke again. The 20th century was not particularly warm. For fuller discussions on the Yamal controversy, visit climateaudit.org, wattsupwiththat.com or bishophill.squarespace.com. For a defence of Prof. Briffa’s numbers, visit realclimate.com.Source