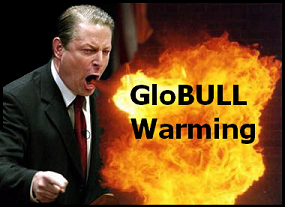 How would you cope if faced with a GCSE physics paper? Have no fear. You don’t need to know anything about physics. As can be seen from the adjacent question from last year’s paper on physics and electricity, so long as you’ve listened to enough environmentalist propaganda to know what answers are expected (eg that most of the sources of the electricity we use are creating global warming), you could get 100 per cent. But if, of course, you don’t agree with the Government on these matters, you will fail. Doubtless one of the teaching aids which might have guided you to the right answers would have been Al Gore’s famous Oscar-winning movie An Inconvenient Truth, which in 2007 our then environment secretary, David Miliband, ordered to be sent to every secondary school in the country. It was obviously inconvenient that in October that year a High Court judge should have ruled that nine of the claims made in that film were so scientifically absurd that the Government would be in breach of the law against teaching propaganda in schools unless the film was accompanied by material correcting its errors. But when last week I asked the Department for Children, Skills and Lifelong Learning (or whatever they now call the old ministry of education) for sight of that corrective material they never came back with an answer. Does one not get the feeling that all this propaganda over the terrifying threat of global warming is beginning ever so slightly to turn people’s minds? Caroline Lucas MEP, the leader of the Green Party, last week agreed on television that flying to Spain was “as bad as knifing a person in the street”, because air travel like this is causing people to die “from climate change”. Dr Richard Dixon, director of the Scottish WWF, was at the same time claiming that failing to ensure one’s home is “energy efficient” was a “moral crime”, as “anti-social as drink driving”, and “we should be having a discussion as to whether it should become an actual crime”. This echoed the recent observation of Ed Miliband, our Energy and Climate Change Secretary, that opposing wind farms should be as “socially unacceptable” as not wearing a seatbelt. Meanwhile, no doubt encouraged by this kind of talk from ministers, 100 “climate campaigners” were arrested by the police, who feared they were planning to put out of action a coal-fired power station in Nottinghamshire, to stop it continuously contributing to the National Grid 1,000 megawatts of electricity – considerably more than the average output of all the 2,400 wind turbines in the country. This is the same grid, of course, 75 per cent powered by nasty, dirty, CO2 emitting fossil fuels, which Gordon Brown hopes will secretly power the electric cars he proposes to give customers £5,000 each to buy in order to help save the planet – even though his grants won’t be available until 2012. Meanwhile, as 17 of our major power stations are likely to close within six years, thanks to obsolescence and EU rules, Mr Brown shows remarkably little interest in how we are going to keep Britain’s lights on (although certainly no less, to be fair, than does Mr Cameron). Truly these days, in more ways than one, are we moving towards a new dark age. Fortunately, however, the latest available data show the downward trend in global temperatures continuing, At least the one thing we don’t need to worry about, it seems, is global warming.