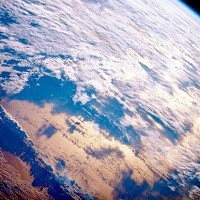 Below is a recent post by the U.S. Weather Service. I have added some boldface to elements of the text.
· Due to the unusually cool and wet conditions in June…here are some interesting facts to note:
· This June is tied for the 8th coolest on record. The average temperature was 67.5. (That’s) 3.7 degrees below normal…which also occurred in 1897.
· This was the coolest June since 1958…when the average temperature as 67.2 degrees.
· Below average temperatures occurred on 23 out of 30 days this June…or 75 percent of the month
· Central Park has not hit 90 degrees in the month of June this year. The last time this occurred was back in 1996.
· Central Park has not hit 85 degrees in the month of June this year. The last time this occurred was back in 1916. This has only occurred two other times…1903 and 1886.
· The low temperature dipped below 60 degrees eleven times in the month of June. The last time this occurred was in 2003 when it occurred seventeen times.
· It was the second wettest June on record with 10.06 inches of rain. The wettest June on record is 2003 with 10.27 inches.
· There were 19 days this June where there was at least 0.01 inches of rainfall. This has never occurred in Central Park.
One month does not a climate cycle make, but when one considers that the Earth has been cooling since 1998, it is a snapshot of things to come. Given the recent effort by the Environmental Protection Agency to silence one of its analysts whose report debunked the entire rational for the “Cap-and-Trade” bill passed by the House, it is amazing that the U.S. Weather Service is being permitted by the Stalinist Obama administration to actually report some “interesting facts” that demonstrate that the weather for the U.S. is cooling, not warming.
Now let it be said there is a difference between “weather” and “climate.” The weather, no matter where you are on planet Earth is what is happening in a particular place at a particular time.
The climate is measured in decades and in centuries. Clear trends emerge and they are given names like “ice ages” and the past is broken down in a variety of ages from the Paleozoic era to the Cenozoic, to the Mesozoic, the latter including Cretaceous, Jurassic, Triassic, Permian, Pennsylvanian, and Mississippian. We are currently in the Holocene era, dating from about 10,000 years ago.
Human civilization such as we know it—cities, agriculture, trade—didn’t show up until 5,000 years ago. Suffice it to say this was long before the Industrial Revolution which the Greens blame for a warming that is not happening.
The cooling being seen now reflects the way that, from around 1300 to 1850, much of Europe and North America suffered through a mini-ice age.
Simple logic and common sense suggests, given the very low sunspot activity of late, that we are headed into a similar climate cycle and the low temperatures in June, not seen since as far back as 1867 and 1903 appear to confirm this.
This is why a Cap-and-Trade bill whose alleged purpose is to reduce carbon dioxide emissions, blamed for “global warming”, is a complete and total fraud.
Any Congress that passes this law and any President who signs it is engaged is treasonous behavior because it is a massive tax on the use of energy, the single most essential factor for the revival of our failing economy.